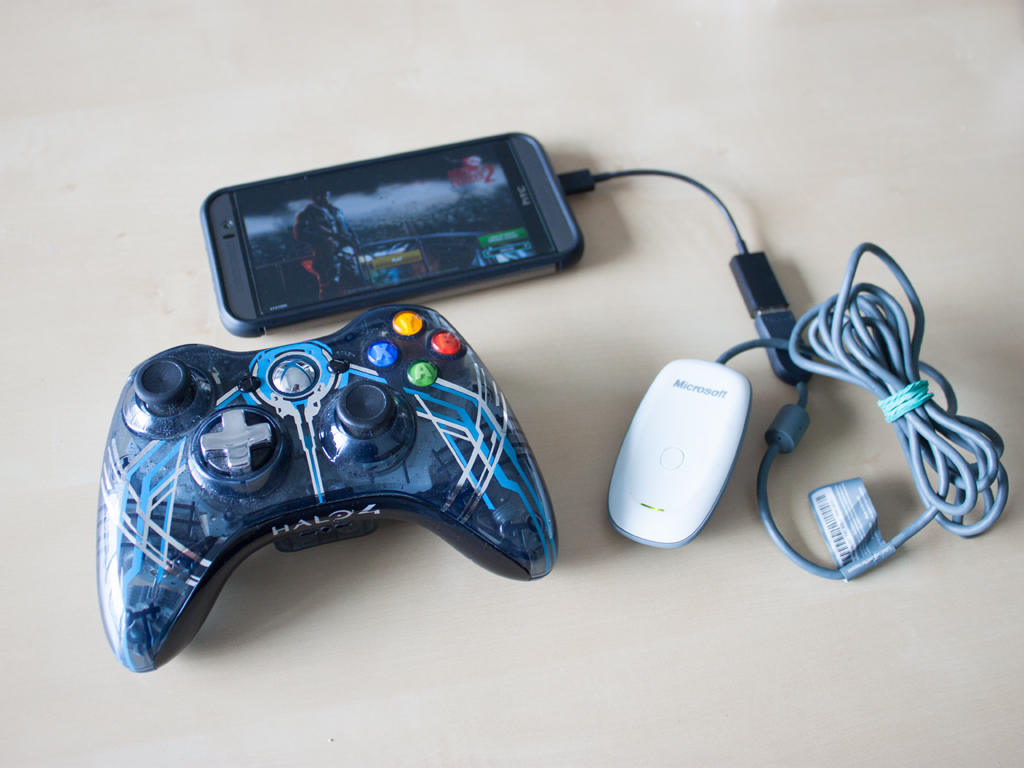 One feature has always made me enjoy traditional handheld consoles significantly more than playing games on a smartphone or tablet: tactile, traditional buttons. The 3DS might feel like a cheap toy (although the higher-quality “New” 3DS does a lot to mitigate this issue), and the PlayStation Vita’s joysticks are far from perfect, but even with these issues I’ll always prefer playing a game on a dedicated portable rather than a touchscreen device.

In many respects, this consideration is one of the few things keeping dedicated handheld devices like the 3DS and PlayStation Vita alive. But with the help of an extremely affordable cable called a USB OTG, most stock Android devices (depending on which phone/tablet you own) can easily be used with console video game controllers like the Xbox 360’s superb gamepad, or even Nintendo’s Wiimote. 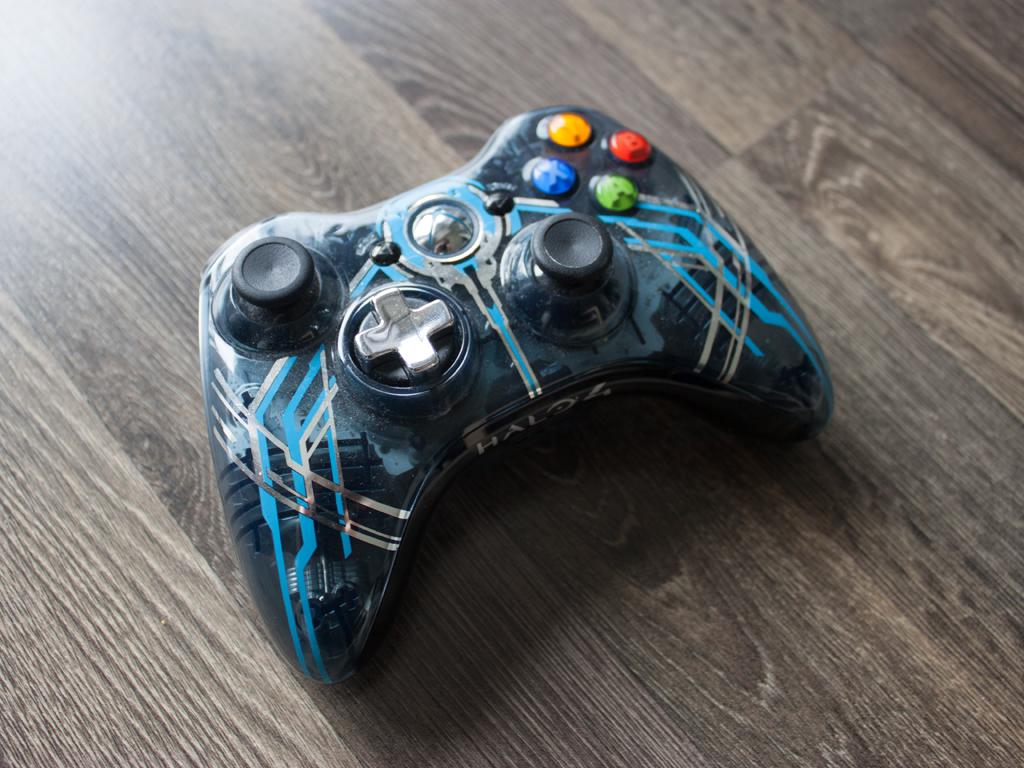 This method works best with wired Xbox 360 controllers but is also compatible with the wireless version if you own the difficult to find wireless dongle required to make an Xbox 360 gamepad compatible with a PC. Simply plug the controller into the USB OTG cord’s USB socket and then attach the OTG cable to your device via its Micro-USB plug.

If you’re using Microsoft’s wireless dongle, plug it into the USB OTG cord’s socket and sync the Xbox 360 controller by pressing the middle button on the dongle, and the sync button at the top of the Xbox 360’s controller.

If you don’t have an Xbox 360 controller laying around, another simple option for an easy-to-setup Android gamepad is Nintendo’s Wiimote (this also gives you a wireless controller).

To make this happen you first need to turn on the Wiimote and then download an app called Wiimote Controller. You then connect your Wiimote via the app with a few touchscreen presses. 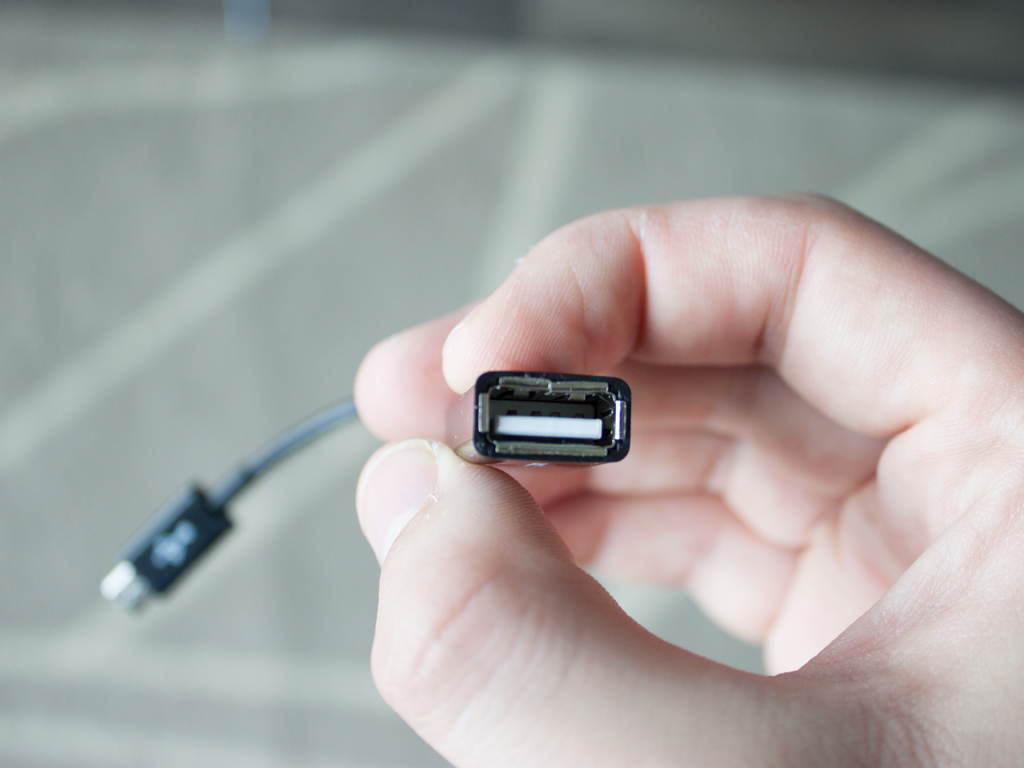 Next go to your Android device’s Bluetooth settings. A device called WiiMote Controller should be in the list of available Bluetooth connections. The final step is to set the Wiimote as your primary Keyboard.

Games that natively support controllers will instantly be compatible with your Android device after setting up either an Xbox 360 or Wiimote to work with your Android smartphone or tablet. A downside is titles that don’t support button mapping sometimes have strange and awkward layouts.

Where using a controller truly shines on mobile is when it comes to retro ports and emulators. Good mobile games have been designed with touchscreens in mind, so using a controller to play Angry Birds really doesn’t make much sense. But taking advantage of a gamepad to play old school games emulated on your Android device is a completely different story. This allows you to experience old school games the way they are meant to be played, and removes the frustration of inaccurate touch screen controls.

Android SNES emulators like SuperRetro16 or Nintendo 64 emulators like Mupen 64 Plus AE, are compatible with gamepads but require button mapping in order to function correctly (this can easily be done in both apps). On the plus side, this allows you to customize your Wiimote or Xbox 360 controller’s button inputs specifically to your liking.

Console-to-mobile ports like the Grand Theft Auto franchise (GTA: San Andreas is still my favourite in the series), Bioshock, Star Wars: Knights of the Old Republic, Max Payne and a variety of platformers (Sonic 4’s various episodes for example), are significantly more enjoyable and playable on mobile devices when you have a controller. 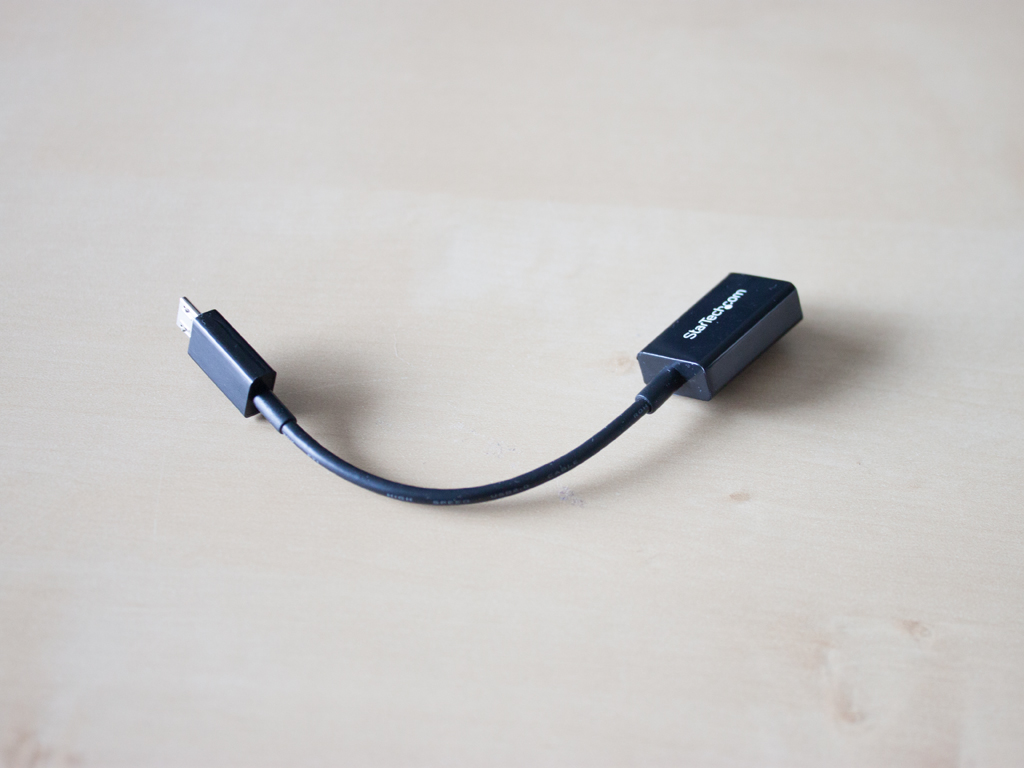 Of course you could also opt for the more complicated method and root your Android device, which can be relatively easy or require a number of slightly terrifying steps (depending on your smartphone and how comfortable you are with modifying your device). Rooting opens up your Android tablet/smartphone’s ability to take advantage of button-mapping apps like Joystick Centre app, in order to use an Xbox 360 or Wiimote controller with Android titles that don’t typically support gamepads.

There are also a variety of Android and iOS Bluetooth controllers designed specifically with mobile gaming in mind, but many of these gamepads are pricey and underwhelming, although devices from MOGA and 8Bitdo’s NES30 Pro are generally superb (although the NES30 Pro’s compatibility is disappointing unless your iOS device is jailbroken).

Most USB OTG plugs can be purchased online for between $2 and $5 (often with shipping included).