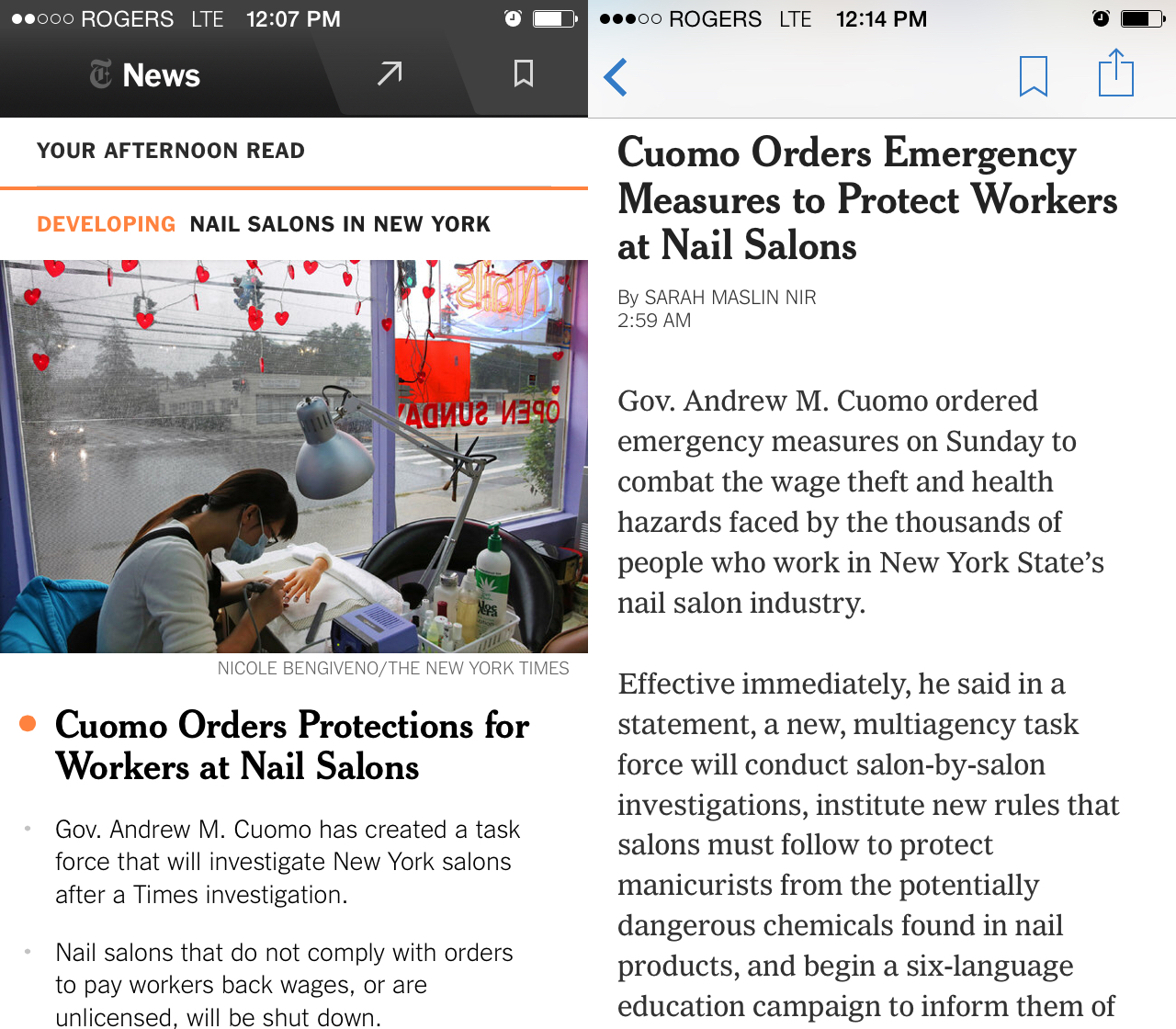 After attempting to capture new subscribers with its NYT Now app, The New York Times has updated the app, ditching the $7.99 per month subscription model in the process.

The publication launched NYT Now last year. At the time, the app was seen as an interesting experiment for the newspaper and other entities in the publishing space. Rather than a more traditional news app that allows a user to read almost everything that been published by that publication in a given day, NYT Now is more selective. Each day, editors from the newspaper pick a few articles they think are noteworthy and push them to the app. They also link to content that’s not produced by the Times. In this way, the app functions something like a curated Twitter feed. The newspaper hoped NYT Now would help it attract younger readers.

As mentioned, the most significant change coming with this update is that getting the most out of the app no longer requires a subscription to the paper. When NYT Now initially launched, readers could read a couple of articles each month for free, but the app eventually prompted them to subscribe for $7.99 USD to gain access to additional material.

A spokesperson from the Times told The Verge that the publication decided to ditch the model after the app failed to generate a significant amount of new subscriptions. “We have seen very high engagement and retention among our NYT Now users, [but] we have not seen the number of subscriptions we were hoping for,” said the spokesperson.

To offset the removal of the subscription, the app now displays fewer original articles each day. It used be that the app would display up to 25 articles from the paper at any one time. Now that number is closer to 10.

Still, even with that limit in place it’s possible to read hundreds of articles for free each month. Once the cost of a New York Times digital subscription is considered—which start at $15 USD per month and go up to $35 USD per month—it becomes apparent how much value can be obtained by using the app.

Aside from that one major change, most of the other changes here are fairly minor. The app received a slight visual overhaul with the news cards being redesigned. Users can also subscribe to morning briefings. Once a briefing is ready, the app will send an notification.

Version 2.0 of NYT Now is available to download on the App Store. As for an Android version, a Times spokesperson told The Verge that the publication is currently focusing its efforts on polishing the iOS app.