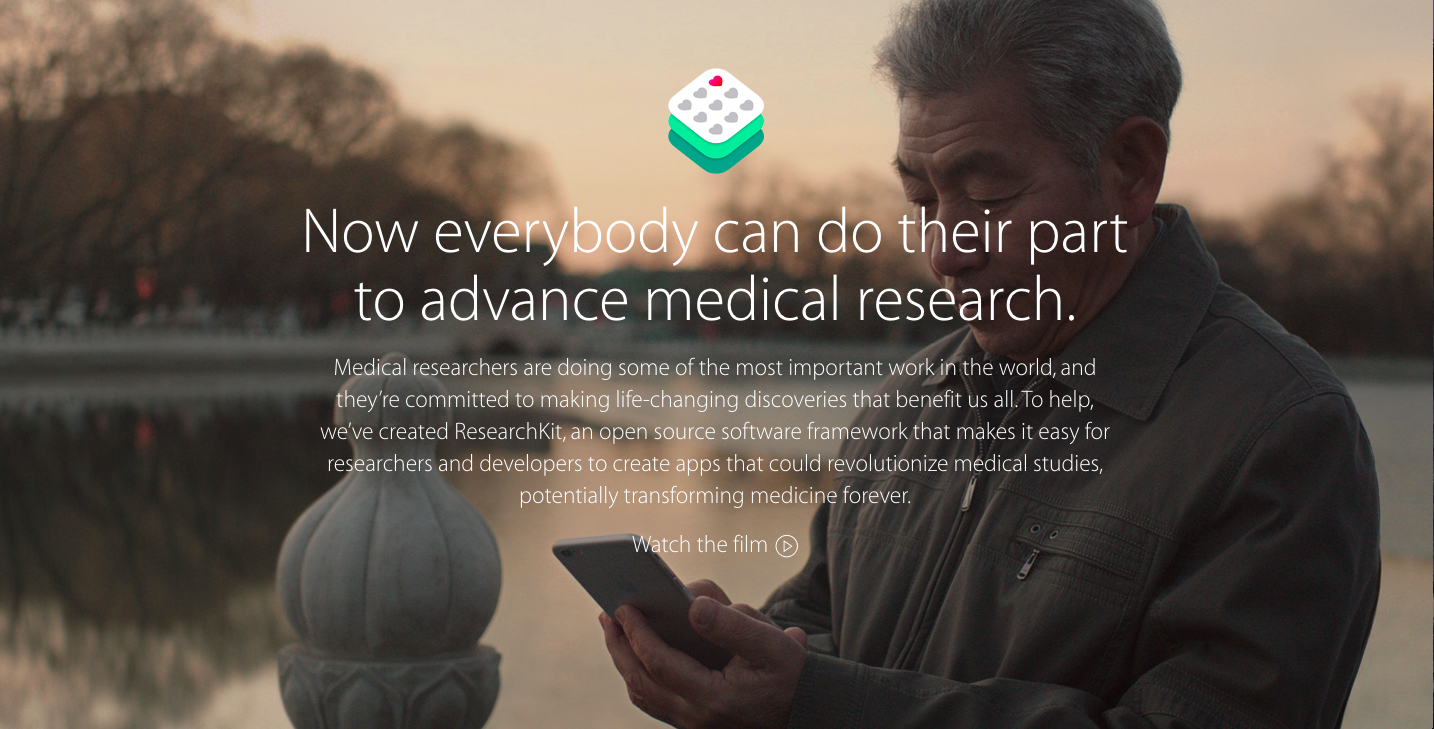 Apple has been extremely busy in the last couple of months, launching a set of shiny new watches and a razor-thin MacBook. In addition to the new hardware, it also unveiled an open-source medical research framework called ResearchKit to go along with the HealthKit platform that debuted with iOS 8 last June.

At launch, Apple noted that the institutions it had already partnered with to create apps for medical research had undergone independent ethics reviews, but it was unclear if all apps would need to do this. This week, the folks over at 9to5Mac noticed an addition to the Review Guidelines for any app wishing to leverage ResearchKit to get approved in the App Store.

The guidelines now include a requirement that any apps using ResearchKit for health-related human subject testing be approved by an independent ethics review board, which is a standard industry practice. This change will hopefully ease some of the ethical concerns expressed over the mass collection of health data from iPhone users, as there have been a number of questions since the framework was announced about how data would be collected. The guidelines already detail, among other things, that permission from users must be obtained before collecting data, and that parents or guardians will need to approve this data collection for minors.

When the first generation of smartphones were released, with sensors like cameras, infrared sensors and touchscreens, medical professionals were quick to assert that they could be very useful tools for doctors and healthcare professionals. With the announcement of ResearchKit, we are really beginning to see what those researchers can do with mobile technology. The detection, prevention and treatment of a great number of medical conditions will be simplified by the use of wearable and interactive mobile technology. In addition, the crowdsourcing of data from mobile devices on a daily or even hourly basis will revolutionize the medical research field, as millions of people begin recording important diagnostic data in the coming years.