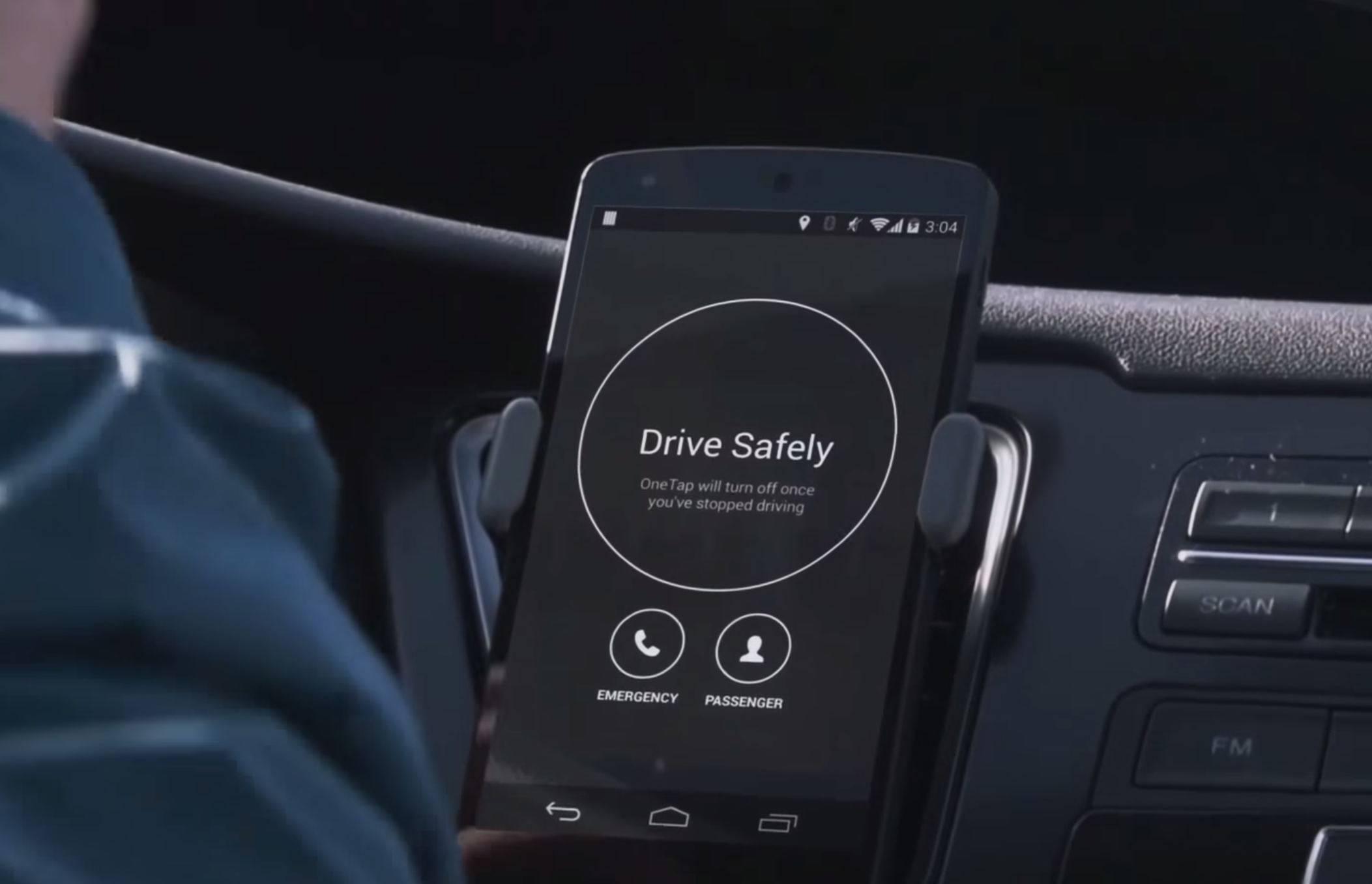 It’s always on a sombre note that one is reminded of the fact distracted driving now accounts for more traffic collisions and deaths in Canada than drunk driving. The laws governing phone usage while driving vary by province, with some taking a tougher line than others. A Calgary developer is trying to use the phone itself to keep drivers’ eyes on the road.

Designed by AppColony, OneTap is a free Android app (with an iOS version “coming soon”) that effectively blocks out incoming calls and messages while on the road, responding with automated messages or going straight to voice mail.

This isn’t the first time a developer has attempted to solve the biggest driving bugaboo of this generation. In fact, I’ve tried a few of them myself over the years, with mixed results. One of the most enduring challenges in doing this right is to isolate the driver from other passengers in the vehicle. It also requires a driver’s cooperation and self-restraint to enable these functions to begin with. 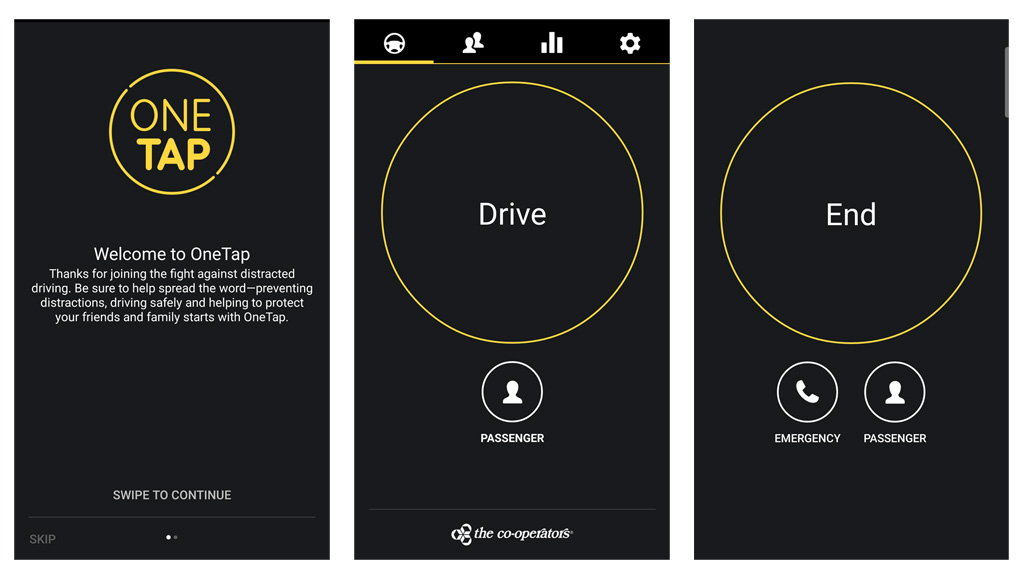 OneTap does isolate the driver in the sense that the app only needs to be installed on the user’s phone. There is no module to plug into the car’s OBD-II (On Board Diagnostic) port that governs phone usage through a Bluetooth connection, effectively blanketing the whole vehicle. This app is specific, but more on that later.

Setting it up is painless, and I was up and running in mere minutes. Signing up for an account isn’t a requirement but is necessary to make use of the communal features available. The app connects you to friends and family using OneTap, where you can compare results or share your location. Helicopter parents may even rejoice at the notion of being able to follow their rowdy teen’s driving habits. A paid subscription model is reportedly coming later this year, too, that will include parental rights restrictions, possibly for remote access to toggle features on and off. 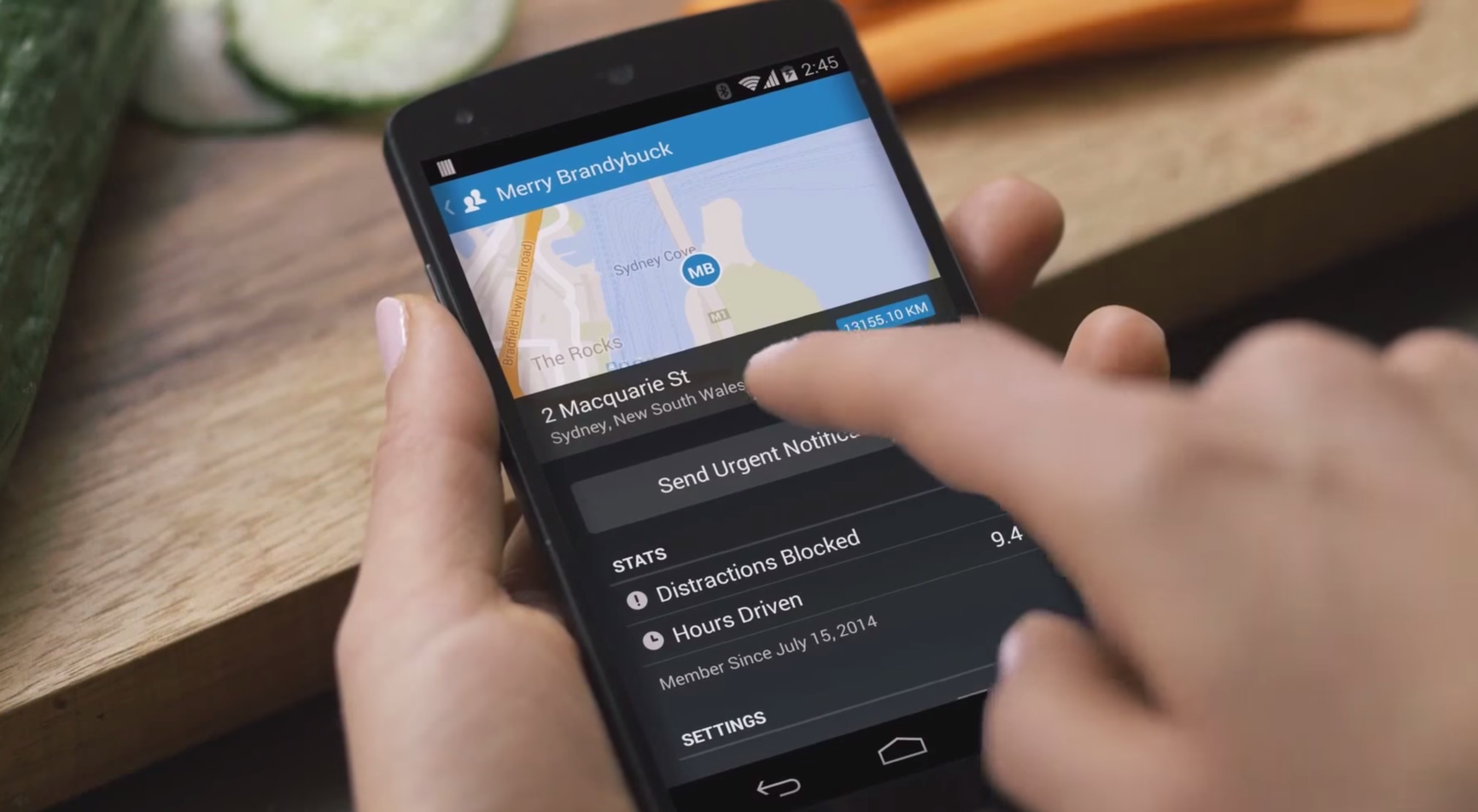 Comparing stats with friends and family can also be expanded to gauge performance with the rest of the world using OneTap. It was hard for me to gauge what this really meant for me, since it was just a set of numbers indicating how many minutes had been driven and distractions blocked. As of this review, there were under 8,000 users over the age of 18 signed up and using the app.

With that out of the way, I only needed to tap the “Drive” button on the main page and drive off. 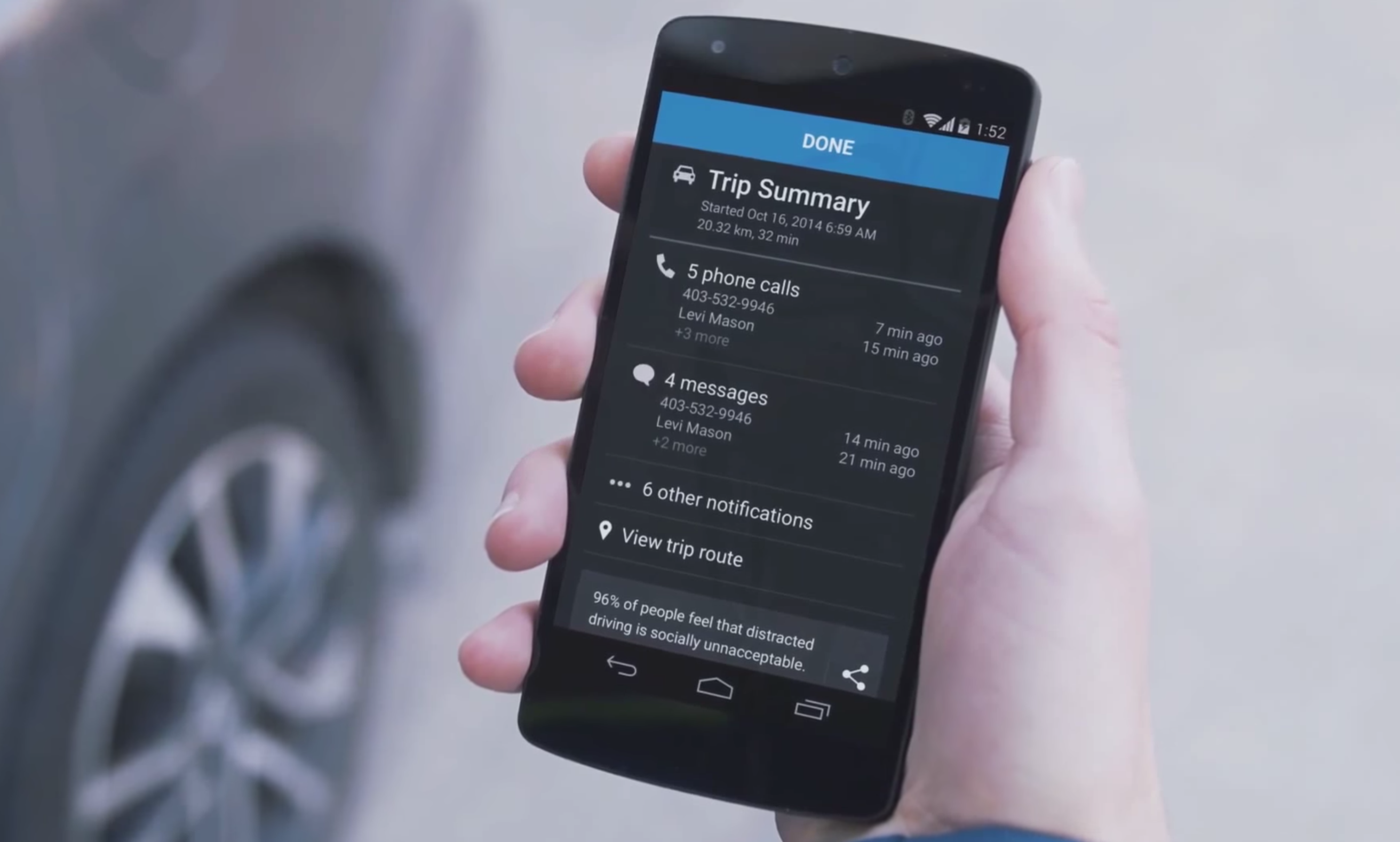 After a 10-second countdown, ostensibly in case I had second thoughts, OneTap went to work and disabled everything. Even pressing the home button on a Samsung Galaxy S6 edge proved fruitless. The only ways to re-engage was to tap any of the buttons visible on the screen — End, Emergency or Passenger.

OneTap knows to stop working when a car is idle for longer than a typical red light. The Emergency button speaks for itself in making a call to someone when in need, while the Passenger button allows someone riding shotgun to commandeer the phone. Of course, there was nothing stopping me from doing the same, so self-restraint was required at all times.

The app logged whatever calls or messages were sent to me during the time I went dark, which proved useful in following up with contacts later on. I had to set up music playback beforehand, regardless of whether it was from local storage or streaming, as well as any other app I would need to use in the background, like navigation, for instance. OneTap allows these to continue running behind the scenes, except in the case of navigation, I only had audio cues to go on, since the map itself was disabled. Again, this had to be initiated before I set off to drive. If, however, I needed to reroute or wanted to check a point of interest, there was no way to do it without getting out of OneTap first. That’s not really a problem if there’s a passenger who can handle it, but driving alone it almost invited the kind of distraction the app is meant to alleviate.

I could whitelist certain phone numbers to get through if they called, or have all incoming calls go through, so long as the phone was connected to a Bluetooth hands-free device. If the phone was plugged into the car’s own infotainment system directly, I could control playback on the dash screen but little else beyond that. 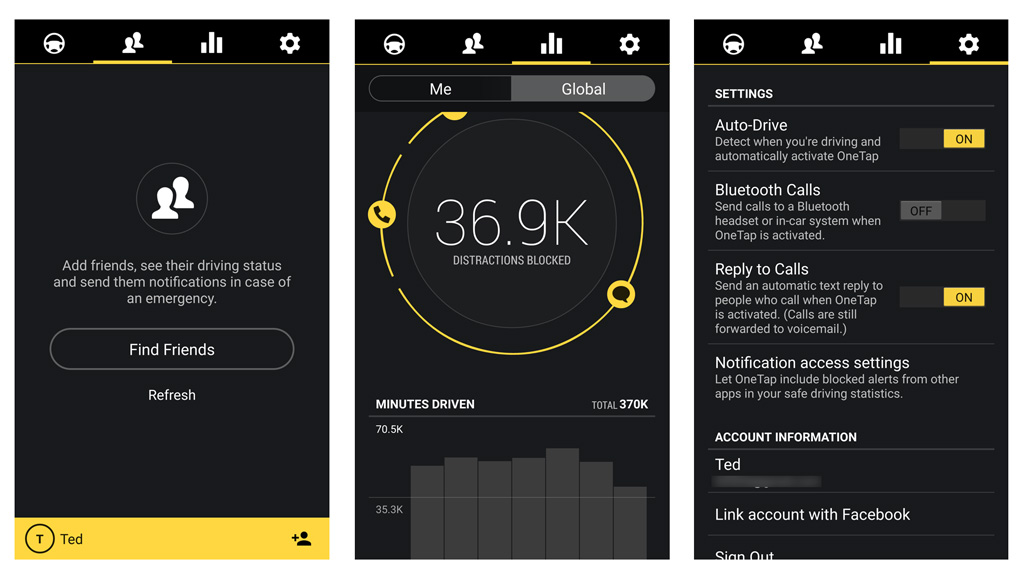 Despite its drawbacks, OneTap is as easy as it gets to exercising the kind of caution we all know we should when wielding phones behind the wheel. It’s not perfect, and it does require cooperation and compliance, but at least it does what it purports to do. It will be interesting to see how this applies to the upcoming iOS version, given Apple’s stricter text encryption for iMessage, which may negate blocking out incoming messages. There is reportedly a workaround OneTap will use to get around that.

Data usage is low when using OneTap, so it’s not a drain that way, and it can be even lower if you turn location off. It’s free to try and is well worth it, so long as you think you have the self-control to let it handle responses for you while you keep your eyes on the road.