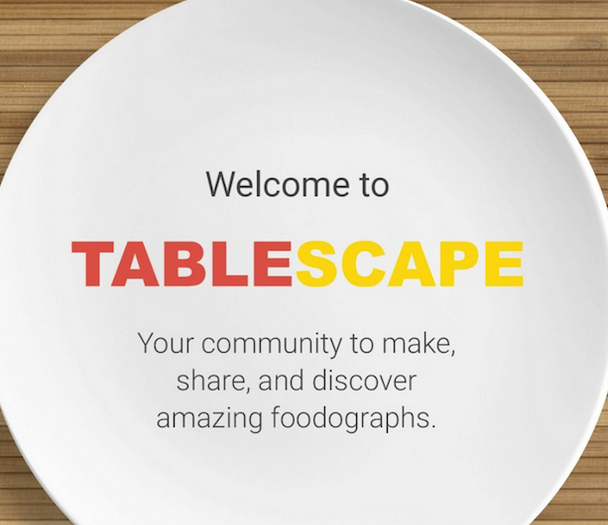 For some reason, the Instagrams and Facebooks of the world are laden with pictures of food. Whether it’s the exotic dessert you had on your last vacation, the food at your best friend’s wedding or the plump and juicy strawberries you picked with your own two hands, many of us just can’t resist sharing our spoils with the world right before we tuck in. 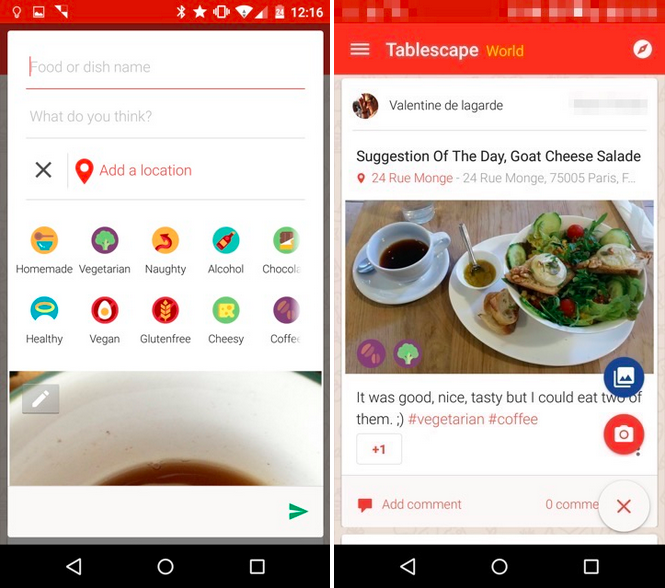 Dubbed Tablescape, the service seems to be an extension of Google+. Android Police reports that it showed up in a number of screenshots sent to El Androide Libre last month. These screenshots reveal an app that shares the aesthetic of Google+ but includes categorization tags for food (like ‘vegan,’ ‘vegetarian,’ ‘naughty,’ ‘healthy,’ or ‘cheesy’) as well as the ability to add location and thoughts on the photos/dish you’re sharing.

Several of the posts depicted in the screenshots also appear in a Google+ group called ‘The Plate,’ which appears to include folks working at Google and is divided by city (for example, the only person posting regularly in the ‘Dublin’ section works at Google’s European headquarters in Dublin). To play devil’s advocate, this could easily be nothing. Though Android Police points out that there is also an actual Google+ profile called “The Plate” and it is followed by multiple Googlers, the photos appearing in The Plate community date back as far as early August. Not to mention the fact that anyone can join the community. I just did (and then I left, because boring).

Of course, it’s entirely possible that Tablescape has nothing to do with The Plate group on Google+ and Google isn’t using G+ to test out a new branch of foodie social networking. Instead, it could be that foodie Googlers that were already a part of this community (’cause, you know, they’re foodies and are into pictures are food) are now working on a separate service or app called Tablescape. Whatever happens, these screenshots have put the word ‘foodograph’ out there and we can’t take that back. Way to go, Google.