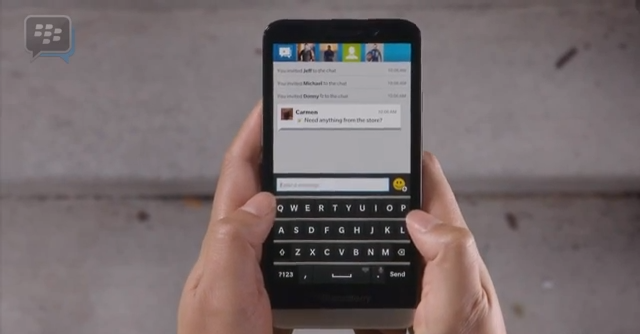 Last week, BlackBerry released an update to BBM that brought Android Lollipop and iPhone 6/6 Plus support, as well as the ability to send stickers in groups. The update, however, made changes to the BBM sticker picker, making stickers appear by default when users tapped the emoticon icon.

BlackBerry’s ardent fanbase was not happy with the change, so today the companyreleased an update to the update (version 2.6.0.30 for Android and BlackBerry 10), introducing a new, dynamic sticker picker. The new sticker picker is essentially contextually aware, recommending what it thinks is the best option for users who press the emoticon button depending on what they’re currently doing. If users have inputted any text, tapping the emoticon button will bring up the emoticon picker like in past versions. However, if no text has been currently added, the sticker picker (which presents stickers that take up a full line in a BBM conversation) will appear.

The new version of BBM is available first for Android and BlackBerry 10, with iOS to follow (likely after the App Store freeze). You can find the relevant download links below.