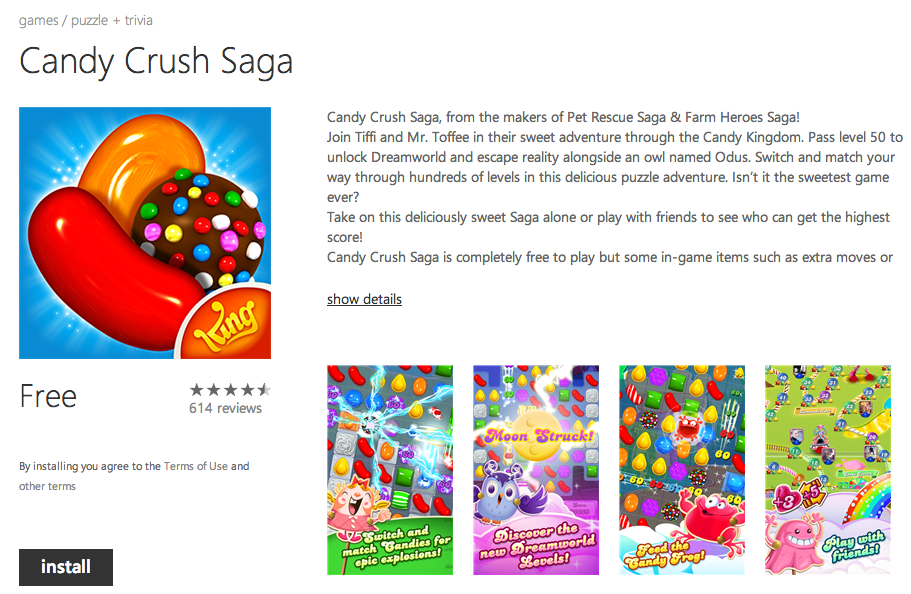 Microsoft’s Windows Phone app store continues to grow. However, users still miss out on many popular apps due to a lack of updates, missing features, or, in the case of Snapchat, no app at all. It’s almost unbelievable how long it can take for some apps to make it to Microsoft’s mobile platform. As we saw with Flipboard, it can literally take years.

Another example is Candy Crush Saga. A full two and a half years after its debut (and two years after this blight on mobile gaming launched on iOS and Android), Candy Crush has finally come to Windows Phone.

Candy Crush developer King said today that the game is played 834 million times per day. Speaking in a statement, Microsoft’s Todd Brix called Candy Crush Saga “a great example of the kind of rich games that people will find in the Windows Phone Store to get the most out of their devices.”