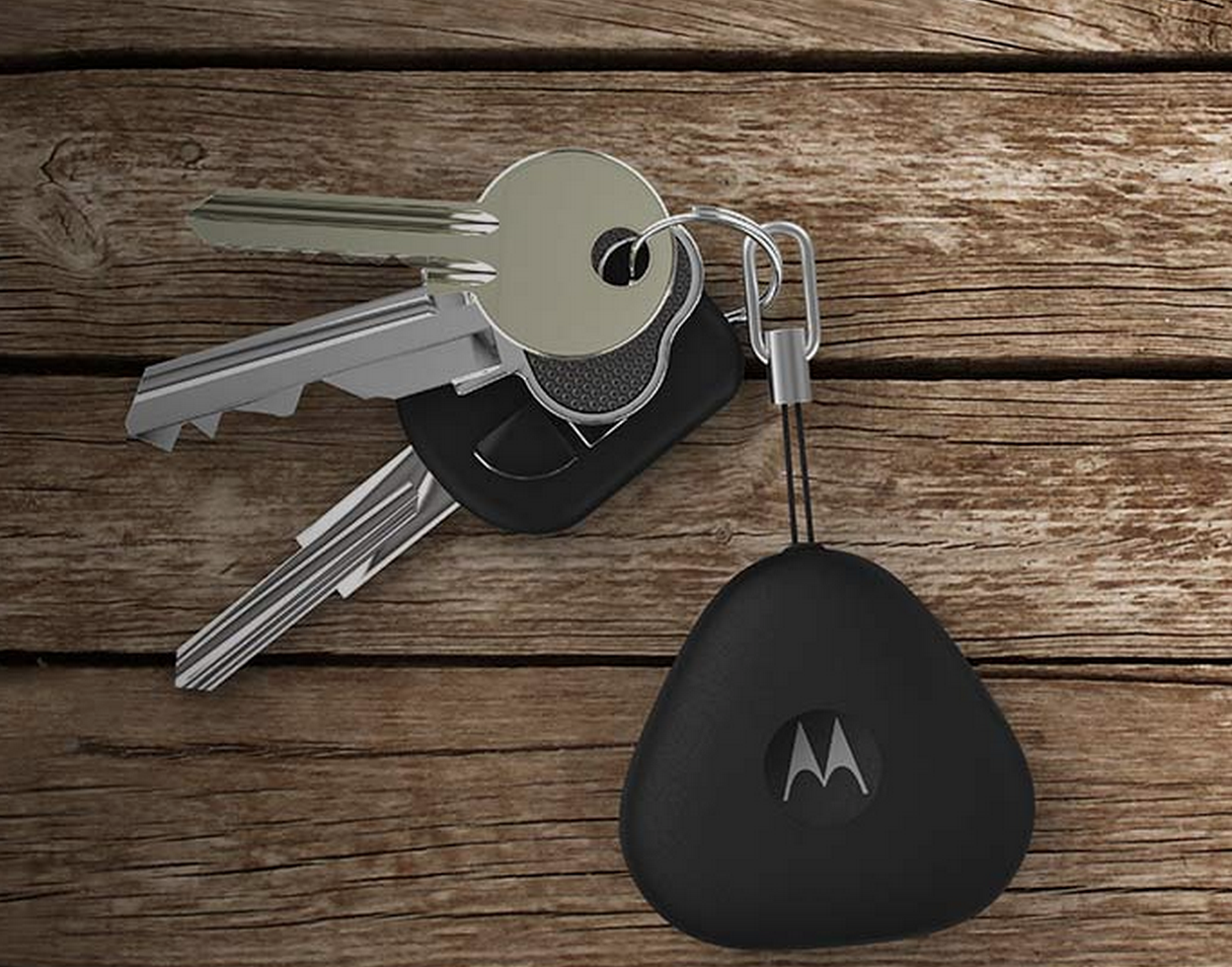 Motorola has unveiled Keylink, a small device that physically hooks onto a keychain and wireless pairs with an Android device or iPhone to keep tabs on both objects.

Like Tile, a successful Kickstarter that recently shipped, Keylink maintains a constant low-overhead connection to a smartphone through Bluetooth 4.0 LE and the Motorola Connect app. Through the app you’re able to locate your Keylink; through the Keylink, your phone. It works the distance of BLE, which is between 30 and 100 feet depending on interference.

The Keylink has a button on it that forces the connected phone to alarm, should it be lost or (in the nick of time) stolen. The replaceable coin cell battery lasts about a year.

While Keylink hasn’t been announced for Canadian markets, US citizens can order it starting today for $24.99.