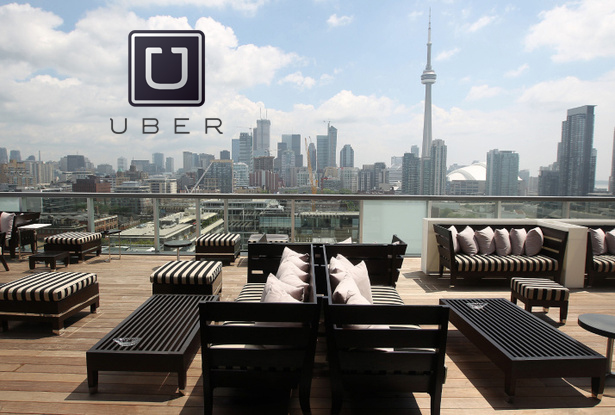 The City of Toronto is seeking a court injunction to ban Uber Canada, a division of on-demand taxi giant Uber, from operating within the city limits.

The injunction purports that Uber “pose[s] a serious risk to the public, including those who are signing on as drivers,” indicating that there is “increased risk to passenger safety” and “inadequate insurance” for drivers.

The city has been concerned with Uber’s operations since it launched in 2012, as Uber operates on top of existing taxi companies’ licenses. Hailo, a competitor that recently left the North American market to focus on Europe and Asia, was a registered taxi company with its own fleet.

Tracey Cook, the directory of Toronto’s Municipal Licensing and Standards, said, “Uber has been operating since 2012 without a proper taxi brokerage license or a limousine brokerage license and since September of 2014 have been recruiting unlicensed drivers with unlicensed vehicles to provide taxi services.”

Uber has been criticized for its questionable business tactics in recent months. Its Senior Vice President, Emil Michael, was reported saying Uber should spend money to “dig up dirt” on journalists that outwardly criticize the company. While Uber’s CEO has denounced the off-the-record comments, the company is well-known for its flagrancies, reportedly ordering and then cancelling over 5,500 Lyft rides throughout the US. 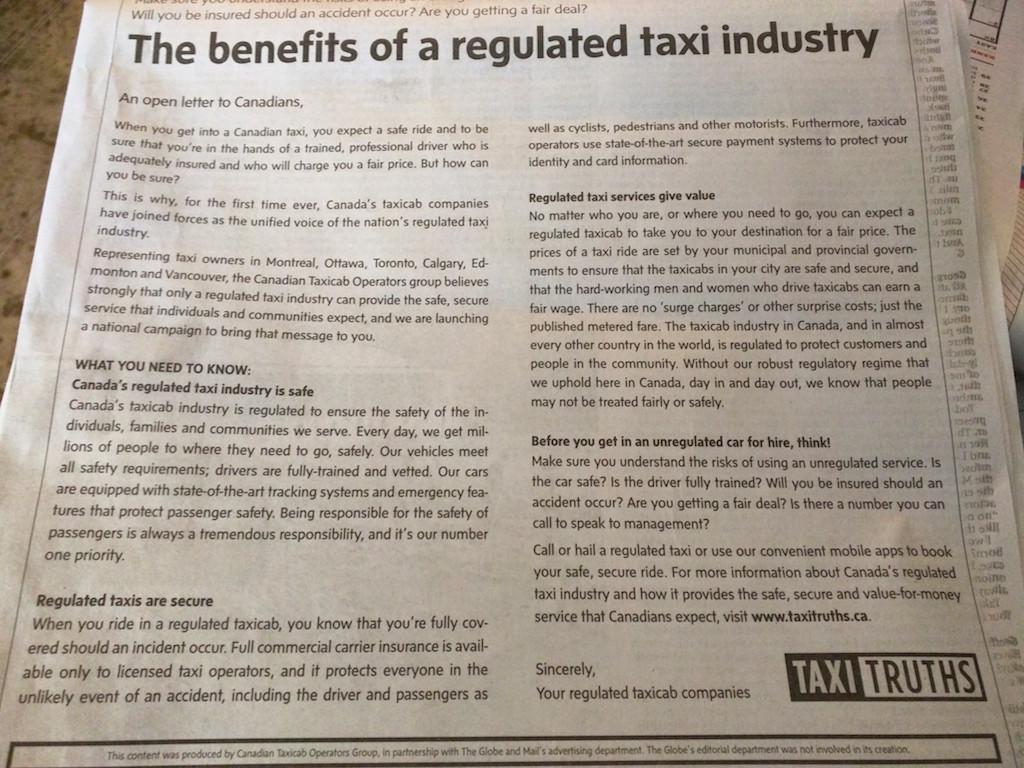 UberX, which recently launched in Toronto, has also come under fire by Canada’s taxi companies, recently consolidated under a consortium called Taxi Truths. The group highlights the increased safety of regulated taxis and points to the fact that UberX drivers are not insured under the same protections as your average yellow cab, leaving passengers with less recourse should they be in an accident.

Toronto’s upcoming mayor, John Tory, opposes the potential Uber ban, saying in a statement today, “It is time our regulatory system got in line with evolving consumer demands in the 21st century. As Mayor, I intend to see that it does, while being fair to all parties, respecting the law and public safety.”

Despite Uber being banned in Vancouver and Calgary, the company says there is no reason to be alarmed. A spokesperson said, “Any attempt to restrict consumer choice and limit economic opportunity does nothing but hurt the thousands of residents and visitors who already rely on Uber for safe, affordable and reliable transportation. We look forward to continuing to provide the people of Toronto with the Uber they know and love, as we continue to work with city officials to create a permanent home for Uber in Toronto.”

The full text of the City of Toronto’s court action is below.

“Today, the City of Toronto filed a notice of application seeking a court injunction against Uber Canada Inc., and related companies Uber B.V. and Raiser Operations B.V., that provide the services UberTaxi, UberBlack, UberSUV, UberX and UberXL. The injunction requests that all Uber operations in Toronto cease.

The taxicab and limousine industries are regulated by the City to ensure protection of residents and visitors, and to ensure the health and safety of passengers and drivers. Uber has been operating in Toronto since 2012 without a proper licence.

The City is concerned that Uber’s operations pose a serious risk to the public, including those who are signing on as drivers, for the following reasons:
• increased risk to passenger safety – no mechanical vehicle inspections, lack of driver training
• inadequate insurance that fails to meet the requirements of the Municipal Code and may not provide essential coverage to drivers, passengers and others in the event of accidents
• increased number of vehicles operating as taxicabs resulting in traffic congestion and a possible threat to the taxi industry, including the City’s objective of increasing the number of on-demand accessible taxicabs available, mandated by the City of Toronto earlier this year
• unregulated fares resulting in price surging/gouging, and
• increased safety risk to the drivers due to lack of training and vehicle security equipment, normally governed by City bylaws.

The City of Toronto is asking that the court be expedient in hearing this application.

Toronto is Canada’s largest city, the fourth largest in North America, and home to a diverse population of about 2.8 million people. It is a global centre for business, finance, arts and culture and is consistently ranked one of the world’s most livable cities. Toronto is proud to be the Host City for the 2015 Pan American and Parapan American Games. For information on non-emergency City services and programs, Toronto residents, businesses and visitors can visithttp://www.toronto.ca, call 311, 24 hours a day, 7 days a week, or follow us @TorontoComms.”