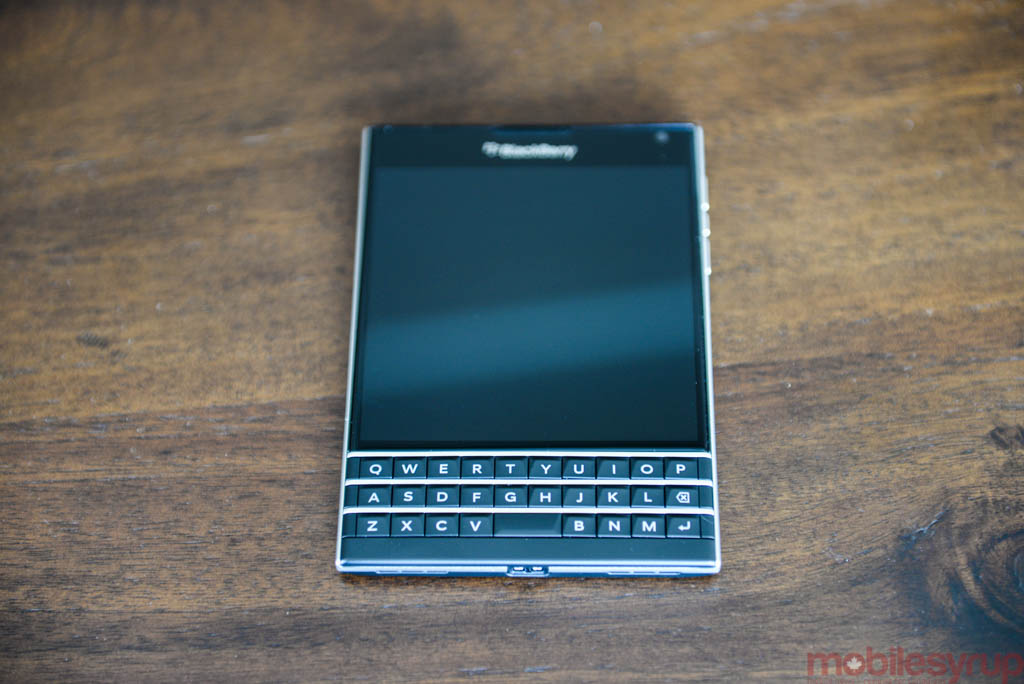 BlackBerry announced today the availability of its newest handset, the 4.5-inch Passport, and it will be available this week, beginning at TELUS for a seven-day lead-in, for $200 on contract and $750 outright. It will also be available starting today at ShopBlackBerry.com for $699 unlocked.

TELUS will be offering the device at a $50 discount until October 1st, when it will rise to $250 on contract. Bell is pricing its Passport at $299.95 on contract and $750 outright. Rogers will charge $249.99 on contract beginning October 1st.

BlackBerry also announced today that the Passport will be available in 30 countries by year’s end, including the U.S., U.K., France, Germany, Indonesia, Singapore and many others.

The company announced outright pricing for other countries, too, including $599 in the U.S., €649 in France and Germany and £529 in the U.K.

Update: Bell and Rogers have confirmed that they will release the BlackBerry Passport on October 1st. Bell has listed the Passport for $299.95 on a 2-year, while Rogers will launch it at $249.99

Update #2: Regional Manitoba carrier MTS is also hopping on board the BlackBerry Passport bus and has announced they too will release it on October 1st. The price is set at $199.99 on a 2-year.

Update #3: SaskTel has also announced that they will launch the Passport sometime during the week of October 1st. No word on pricing, but they stock both white and black.

Update #5: TELUS has now raised no-term pricing back to the original $750.