The CRTC has issued its first Wireless Code Implementation Report Card after requesting compliance submissions from every Canadian telco.

Every Canadian carrier has implemented the vast majority of the Code’s tenets, including improving the language of contracts; eliminating cancellation fees after 24 months (ensuring 2-year contracts); better communication of changes to contracts; capping data roaming charges and overages; providing phone unlocking at reasonable prices and a means to replace a stolen or broken device; and giving amble notice is given before disconnection.

But the CRTC is also calling out Rogers and Bell on a couple of noncompliant portions of the Code.

Bell has yet to stop charging customers a restocking fee on devices returned within two weeks — known as a trial period. Bell notes the fees are being removed by October 19th, 2014.

Rogers does not allow customers to opt out of receiving roaming notifications, which are automatically generated when entering a new service territory. While this is not an egregious contravention of the Code, and is actually to many customers’ benefit since these notifications are free, carriers are required to offer an opt-out mechanism. Rogers says these changes will be implemented by the end of 2014.

Similarly, upon disconnection Rogers cannot guarantee it will happen between 8am and 9pm local time as required by the Code; disconnection currently happens during a broader range of 6am and 2am EST. Rogers has committed to changing this by October of this year. 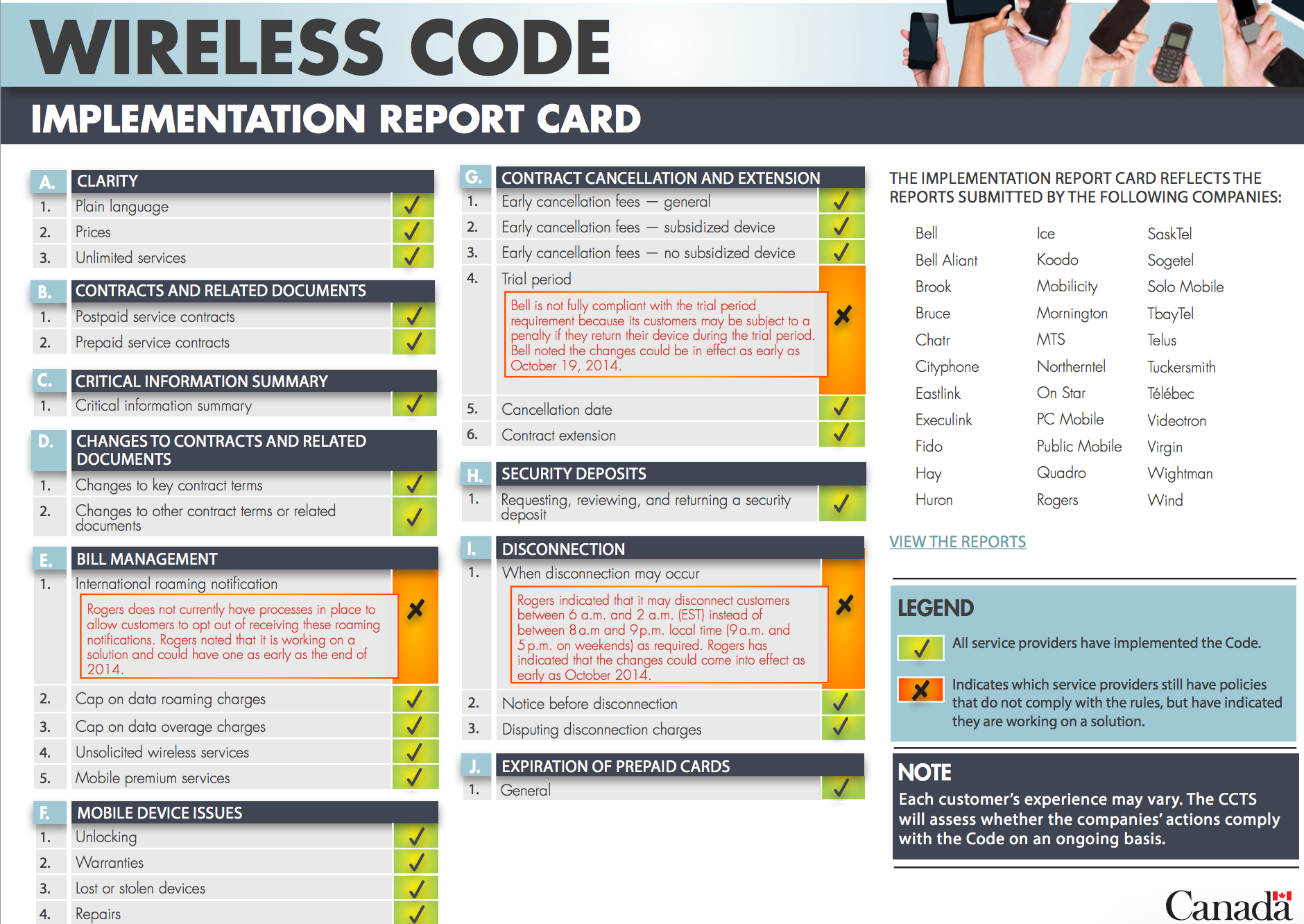