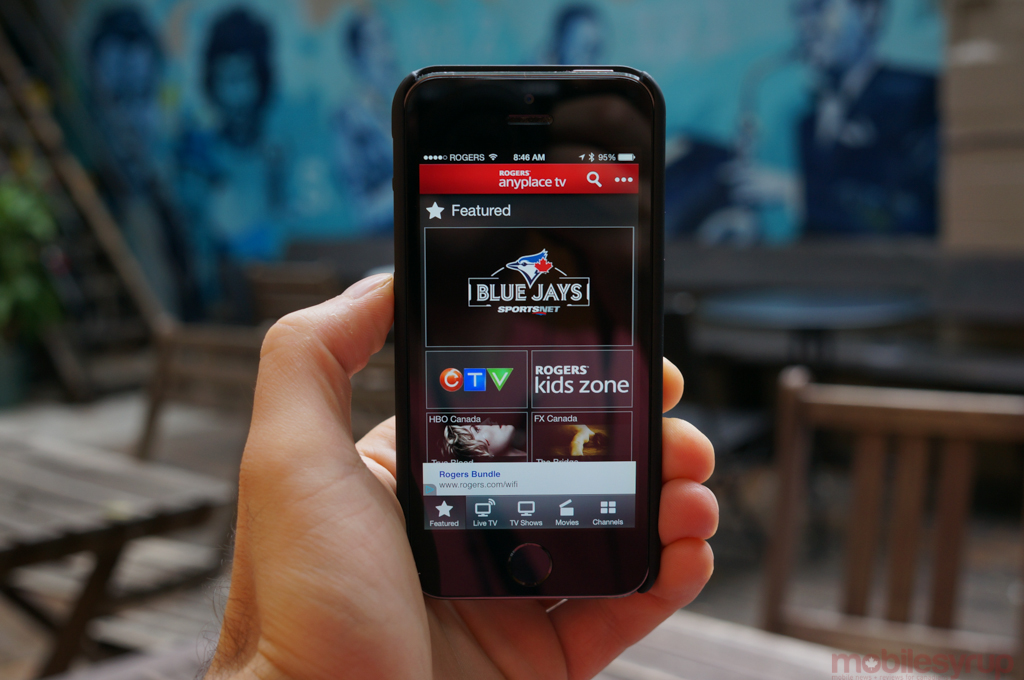 Rogers has reversed its decision to change mobile TV customers by the hour rather than the megabyte. A change made the same day as the CRTC issued a series of questions to Rogers, Bell and Videotron about its mobile TV policies, Rogers has eliminated the regulator’s major cause of concern: prioritizing the traffic of its Anyplace TV app over equivalent video services.

As we reported on Wednesday, at concern for the CRTC was whether the three telcos, all of which own much of the content distributed wirelessly through their respective apps, were contravening the Telecommunications Act by offering customers a time-based payment schedule for live and on-demand television content rather than counting, like they do for Netflix, YouTube and others, by the megabyte.

The CRTC’s concern is less that Bell, Rogers and Videotron are giving their customers sustained cheaper access to television and movie material, which Rogers notes offers more Canadian content than YouTube or Netflix, but that it sets a precedent for future “massaging” of net neutrality. All traffic, regardless of content, is meant to be treated identically over a telco’s pipes, which means that 1MB of content from YouTube should be treated the same as that of Bell TV. Unfortunately, thanks to some easy math, it’s clear that Bell and Rogers were eating the costs of extra bandwidth usage by charging only $5 for 10 hours of over-the-air streaming, since each hour consumes roughly 0.2 to 0.5GB of data.

Rogers’s change, dated August 18th, reflects the tacit acknowledgement that it was skirting the line with the rules, and that, if the CRTC decided to regulate down the road, it could have been in serious trouble.

As of writing, Bell hasn’t adjusted its mobile TV policies.

Update: Rogers responded with the following statement:
“Effective August 18, 2014, we’re no longer offering the $5 Rogers Anyplace-TV offer.  Customers can still access the great content on RAP TV, but at standard data charges.  We began notifying our customers of the change in June. The $5 plan was originally designed to encourage customers to try the RAP-TV mobile service and become comfortable with accessing video content on their device.  We regularly review our products and pricing and decided to simplify the RAP-TV experience by applying standard data charges to all data accessed over our wireless network.”