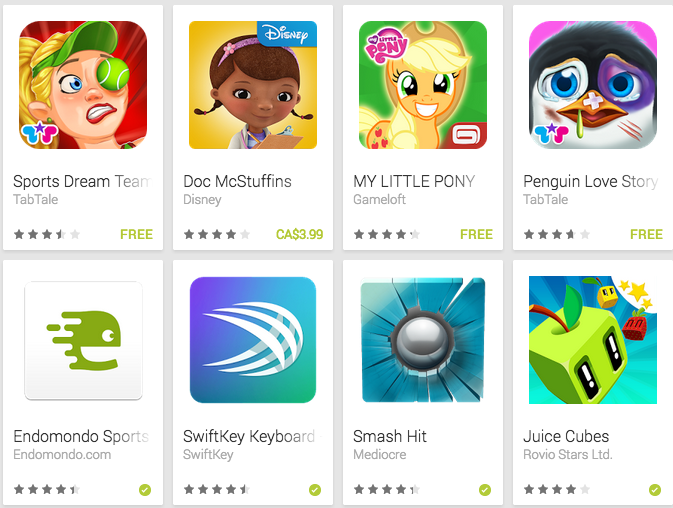 Google has partnered with select developers to discount some of its most popular apps, games and in-app purchases as part of its Summer Sale.

You’ll notice popular apps we’ve talked about before like SwiftKey, Smash Hit, Endomondo Sport, Angry Birds Epic, Zen Garden, WeatherPro and many others, either at lower outright or, once downloaded, discounted IAP prices.

Included are also many kids’ games from publishers like Disney, Gameloft, Mobage and GAMEVIL.