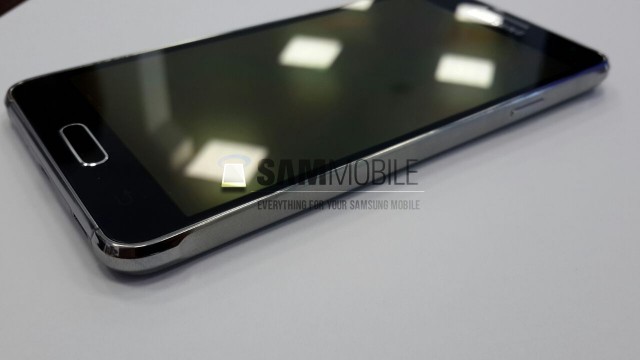 The Galaxy Alpha, Samsung’s rumoured smartphone that is mostly metal, has been tipped for an official announcement next week. According to SamMobile, Samsung will reportedly unveil the 4.8-inch Android device on August 4th, hitting various markets shortly after.

The Galaxy Alpha is said to be a scaled down GS5, with a metal chassis that Samsung users have long been hoping for. The Alpha is expected to sport a 4.8-inch 1280×720 pixel AMOLED display, 32GB of storage, LTE-Advanced connectivity and a fingerprint sensor.

Samsung is also tipped to unveil the fourth generation Galaxy Note in September at the IFA conference in Berlin. The 5.7-inch Note 4, according to a Samsung exec, could feature “a three-sided display so messages can be read from an angle.”