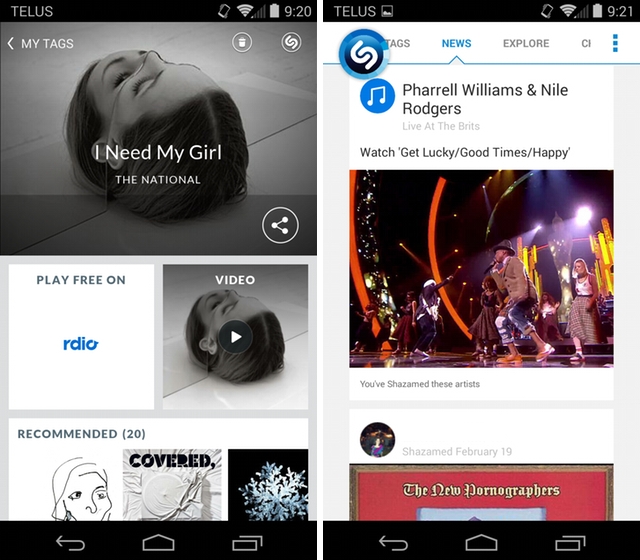 Shazam for iOS has been updated to support full track playback by plugging into Rdio’s extensive collection.

The Shazam-Rdio collaboration is already quite deep, previously allowing users to deep link into Rdio from Shazam once a user had tagged a song. The new feature merely saves a step, allowing users to listen to the entire song in the app, for free, while encouraging them to listen to similar content in the Rdio app itself.

Shazam continues to be the de facto song identification song, charting the top tracks in various categories from around the world. This update furthers integration between it and Rdio, giving the streaming music service some much-needed publicity at a time when Spotify, Google and others are trying to steal its thunder.

Rdio is shutting down on December 22