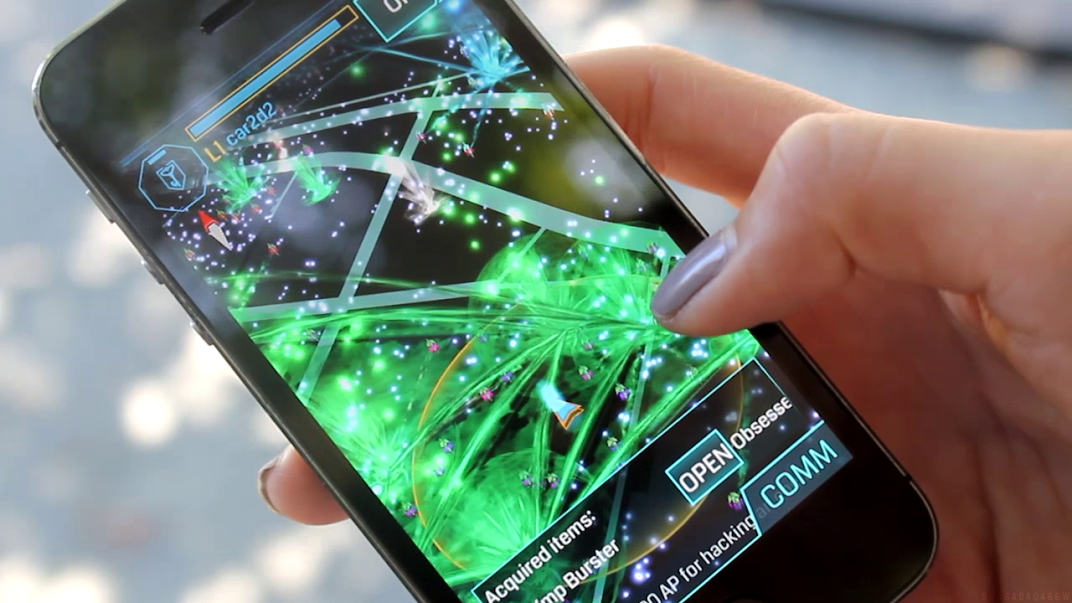 Google’s augmented reality game, Ingress, has finally arrived on iOS. Ingress hit general release in December following a year-long beta, but has been Android only since the official launch. The iOS version has been a long time coming — Google confirmed it was working on Ingress for iOS back in October – but there’s been little in the way of updates since last year. The availabilty of Ingress for iOS was confirmed last night via Google+ and a trailer on YouTube.

Today’s addition of cross-platform functionality means Android and iOS users can finally put aside their differences and explore the game’s augmented reality landscape together in the same world. Ingress pits the Enlightened against the Resistance and uses geo-location sensors on your phone or tablet to lead you in the direction of virtual portals. The Resistance defends the portals from the Enlightened, while the Enlightened pushes forward in its quest to control the power released by the portals.

Ingress for Android currently has a four-star rating on the Play Store and the game was named Top Game of 2013 at the Google Play Player’s Choice Awards. Google claims the game has four million downloads on Android but it has yet to reach the same level of popularity as the likes of Clash of Clans, which boasts more than 8 million daily users and has more than four million ratings. The launch of the iOS version should help boost numbers, but Google still has a lot of work to do if it hopes to compete with the bigger mobile MMOs out there.

You can download Ingress for iOS, which is free for iOS 5.0 users and above.