Apple’s Worldwide Developers Conference (WWDC) is happening on Monday and new data from research firm Chitika has been released. The new stats are based on Canadian and U.S. iOS-based online ad impressions from May 22 through May 28, 2014 and found iOS 7 powering 89.7% of iPhones and 84.8% on iPads, both up over 5% since February. Unfortunately, the stats are not broken down per country and these most likely are heavily favoured to those in the United States.

These stats are similar to what Apple is showing on its monthly developer distribution chart, which currently reveals “88% of devices are using iOS 7,” followed by iOS 6 at 6%. Apple is expected to be unveiling iOS 8 on June 2nd with a number of new features, mostly related to health and home automation. 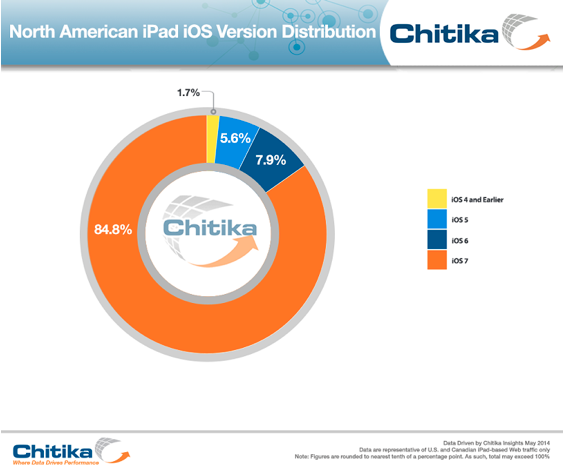 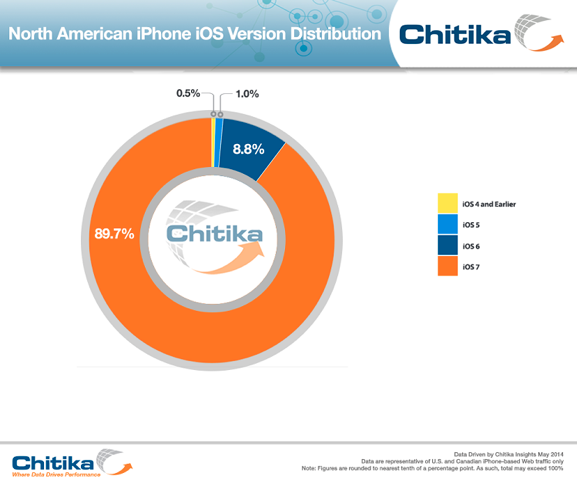