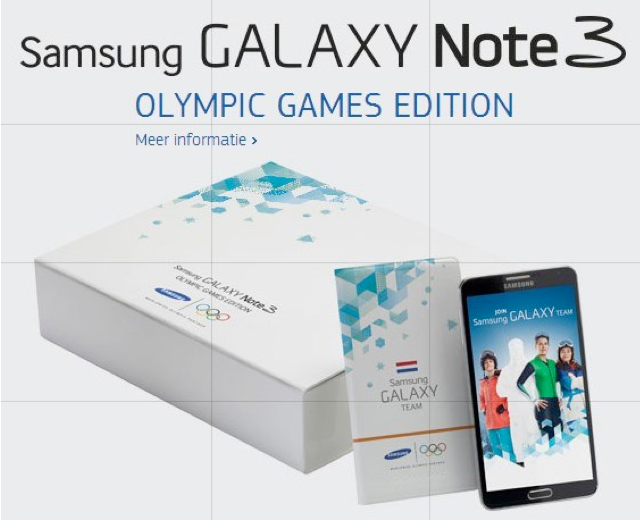 The Sochi 2014 Winter Olympics are starting in a couple ofweeks and from a mobile perspective the Samsung Galaxy Note 3 has won the title as the official phone. There’s no word on how much Samsung paid for the honour but their branding will be prevalent at the Games. In addition, the manufacturer will be outfitting all Olympic athletes with Note 3’s.

Samsung also sees an opportunity to release the “Olympic Edition” of the Galaxy Note 3. This is currently offered in the Netherlands and comes with its own Olympic-themed packaging, an exclusive flip cover and a chance to win a trip to the Sochi Games or attend a skate/snowboard clinic.