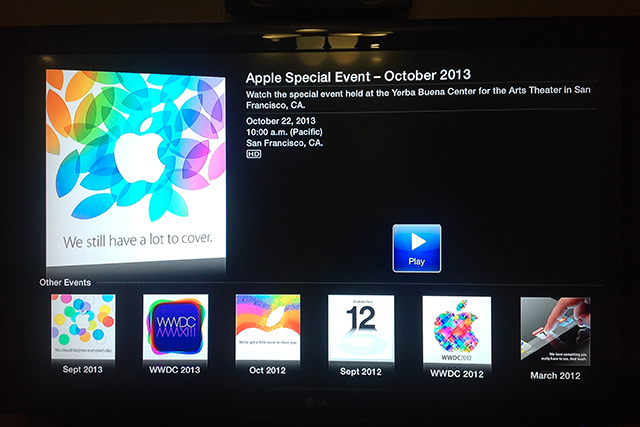 “We still have a lot to cover.”

If you’re interested in watching Tim Cook, Jony Ive and Phil Schiller tell us all about the new iPads and possibly what’s next you can do so via live stream on Apple TV. No word yet if they’ll make it available online like last year.

Apple notes that users can, “Watch the special event held at the Yerba Buena Center for the Arts Theater in San Francisco, CA.” The event will start at 10:00am PST (1PM EST) and you’ll see an “Apple Events” icon on the Apple TV home screen.

Update: Apple has just posted a live link (below) of where the feed will be online. The fine print notes that “Live Streaming video requires Safari 4 or later on OS X v10.6 or later; Safari on iOS 4.2 or later. Streaming via Apple TV requires second- or third-generation Apple TV with software 5.0.2 or later.”