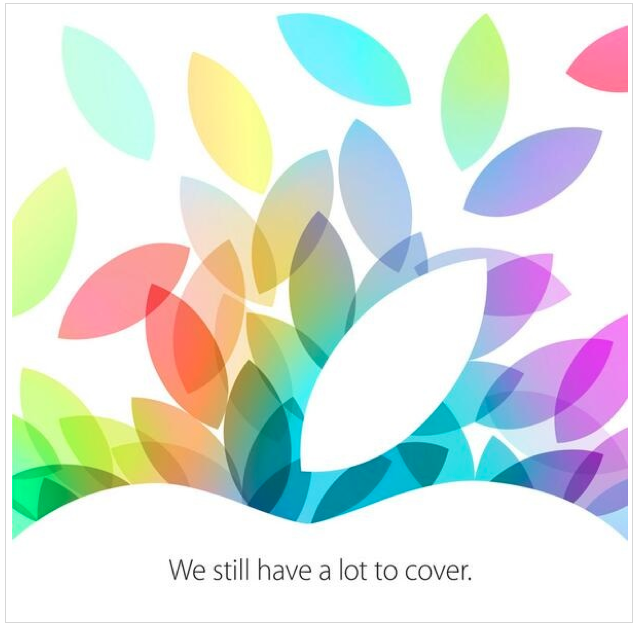 While the latest rumours pointed towards Apple holding a media event to unveil the new iPads on October 22nd, and this afternoon it was officially confirmed. The event proudly states, “We still have a lot to cover.”

The 5th generation iPad will reportedly come with a 9.7-inch display, the new A7 processor, an 8MP camera and the same Touch ID fingerprint sensor found in the iPhone 5s.

As for the iPad mini, the second generation of the tablet is expected to have a 7.9-inch Retina display with the A7 chip.

Everything will unfold next week…