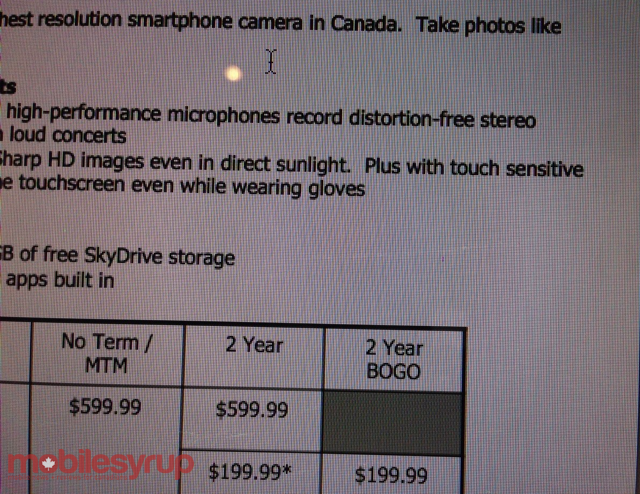 The Rogers Nokia Lumia 1020, in yellow or black, has been up for pre-order for a week already. According to the Rogers website the carrier will sell this 41MP beauty for $199.99 on a 2-year contract. If you’re looking to score the 4.5-inch Windows Phone 8 device outright then prepare thyself to hand over $600.

According to the internal doc we received it shows that we can expect this launching early October, plus that the no-term/month-to-month pricing is $599.99. Rogers notes that the 1020 has “the highest resolution smartphone camera in Canada. Take photos like never before.”

We’ll have our review up shortly. More soon…
(Thanks tipster!)