Otterbox Commuter case for the HTC One S review 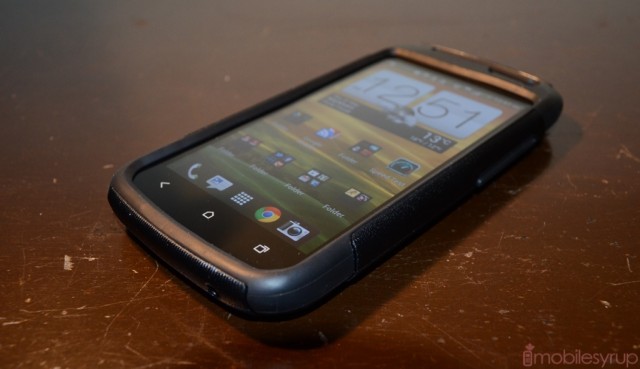 The HTC One S is a fairly light phone, but because it is made of aluminum it also feels nice and robust. Unfortunately, even the strongest phones are not immune to gravity, and gravity tends to work quite well.

The Otterbox Commuter series is a well-known protective case for many popular devices, the latest of which is the HTC One Series. We’re going to take a look at the $34.95 version for the HTC One S and see if it’s worth adding a bit of extra bulk for the piece of mind. 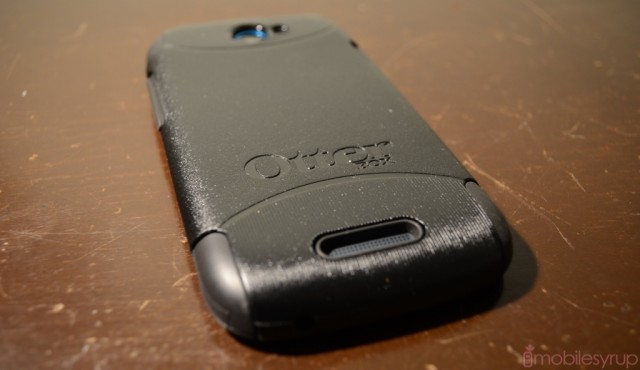 As with all Commuter cases from Otterbox, this one is comprised of three parts: a soft rubber slip; a hard polycarbonate shell; and an optional screen protector. The case adds a few millimetres of thickness to the slim phone, but even with it on I was very happy with the overall size of the device.

All the major ports, such as microUSB and headphone, are covered by flaps of rubber to protect them from the elements. These flaps continue to be my biggest issue with the One S; they are inordinately difficult to insert and remove, and have limited functionality but for those whose phones are constantly exposed to dust, rain and other elements. Fair enough, the Commuter is a ruggedized case, but if you’re working in hazardous conditions I’d opt for the equivalent Defender case from Otterbox, which takes protection to the next level. 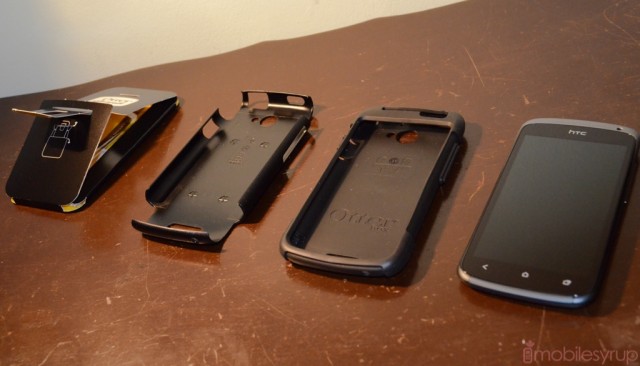 Unlike most Commuter case styles, the One S version has a hard shell that combines two styles — the traditional matte texture in the middle back portion; and on the top and bottom, a vertical alignment of thin stripes. It’s an interesting two-toned aesthetic that took me a while to get used to, but now I really like it. The hard shell wraps around the sides of the device, too, protecting the Gorilla Glass front from any scratches that might be incurred from dropping the phone on its face. 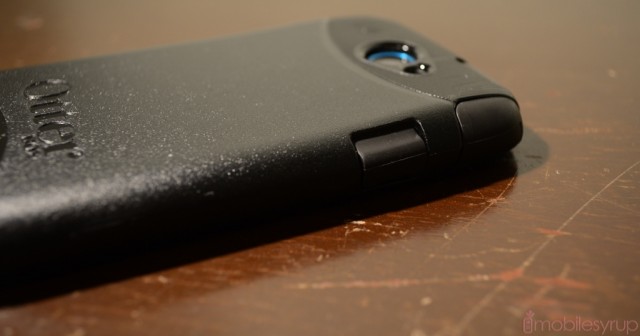 The 8MP camera sensor and flash are nicely protected beneath the shell, while the speaker grill is totally accessible. Sound actually sounds better in the case than without, as music and voice have a chance to reverberate a little within the case before flying out.

The power button and volume rocker actually feel better, too, than without the case, owing to the fact that the rubber nub is much more comfortable to press down (and find within a bag or purse) than their metal counterparts underneath.

The only real complaint I have about the Otterbox Commuter case series in general is that, due to their highly protective nature, they don’t let a lot of the original phone design shine through. This is especially true of the beautiful One S, as the sleek shape and superb build quality is somewhat hidden under the black-on-black stylings of rubber and polycarbonate.

However, if you’re worried about your phone — and who isn’t? — the Commuter case is likely the best-made case you’ll find for the One S. It’s also available in Canada through the Otterbox website, or in local retailers.