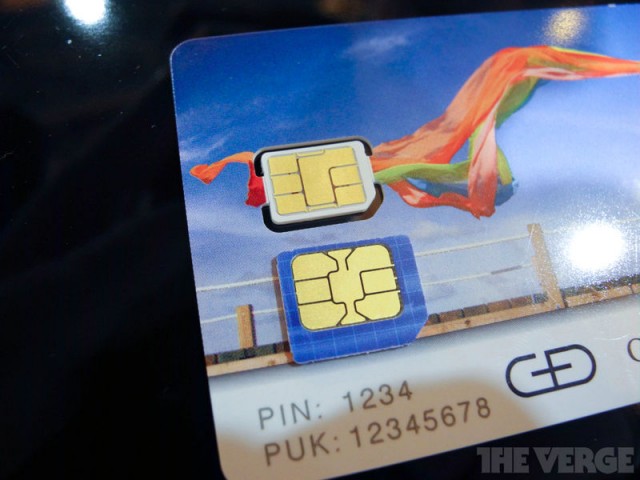 Your next smartphone may have a nano-SIM slot inside of it, the design of which was submitted by Apple and approved last week by ETSI. The organization released a design schematic of the microSIM successor and, lo and behold it is identical to Apple’s original submission.

If you recall, Apple submitted a design that hued very close to the current microSIM design, but significantly smaller; RIM, Motorola and Nokia teamed up to release a radically different option, citing Apple’s was too close to the current microSIM design and, without a proper locking mechanism, could be mistakenly inputted and subsequently stuck in a phone with an older design. It seems that ETSI didn’t believe this to be an issue — benefit of the doubt to consumers, natch — and went with Apple’s proposal.

While we don’t expect any devices in 2012 to receive the upgrade, like the sudden proliferation of microSIM after Apple released the iPhone 4, expect the same to happen with the 2013 iPhone.

Source: TheNextWeb
Image via The Verge