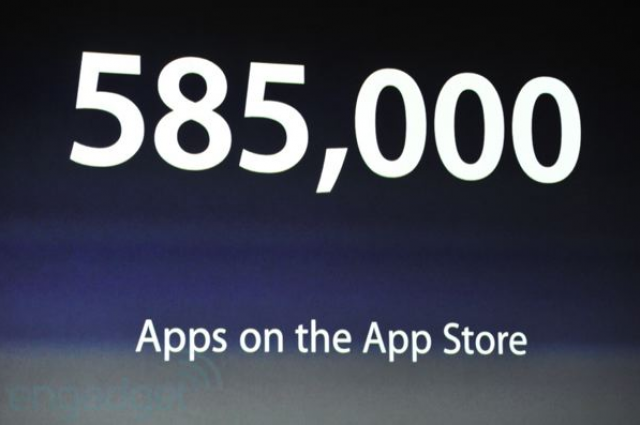 It was just a few days ago that Apple announced their “revolutionary” App Store passes over the 25 billion app download mark. In the press release they noted that they have over 550,000 apps to iOS users (iPhone, iPad and iPod touch) in 123 countries around the world. In addition, the release stated that there is “more than 170,000 native iPad apps available”. However, a few days makes a difference to Apple. Today, during their “iPad 3” keynote, CEO Tim Cook confirmed that the number of available apps has yet again increased. According to Cook the App Store now has over 585,000 available apps (up 6.36% since their announcement on Monday). Specifically for the iPad, there’s now 200,000 apps available.