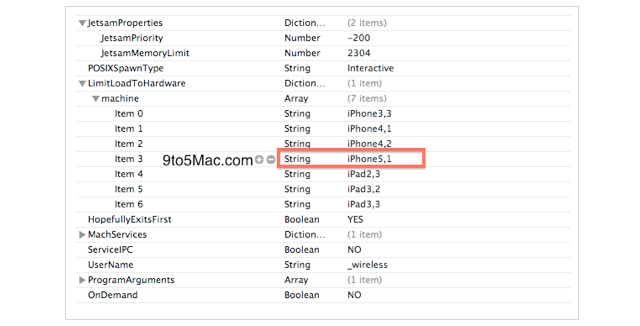 Yesterday Apple seeded iOS 5.1 to developers, this is expected to bring additional bug fixes, plus finally address the battery life issue that some users are experiencing. Hidden deep within the code are some new gems, ones that have spurred on rumours of upcoming Apple devices. First, a new iPad model number was discovered, “iPad 2,4”. Then, probably most intriguing, is a new iPhone codename – iPhone 5,1 – which could indicate that the once highly rumoured “iPhone 5” will be on its way. 9to5Mac reports that this model number “represents major internal changes, meaning the iPhone 5/6 will pack in a brand-new processor”.

Before the iPhone 4S was announced, Apple was expected to release a new iPhone with a faster A5 processor, bigger display (above 4-inches), better camera and thinner. Following the death of Apple CEO Steve Jobs many reports surfaced that the upcoming iPhone 5 was the “very large project that Steve dedicated all of his time to”, and will be a “cult classic”.

A first look at the OnePlus 11 (gallery)