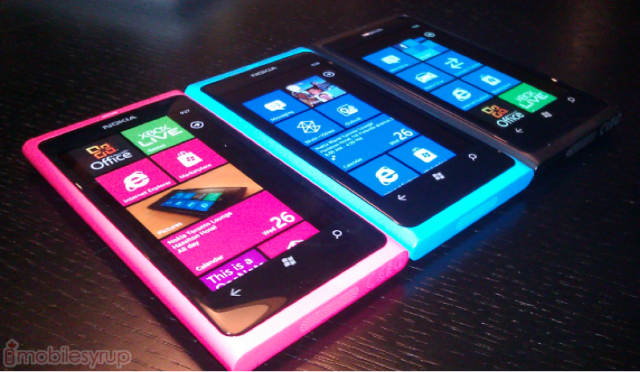 Nokia finally and officially unveiled their first set of Windows Phone Mango devices, the Lumia 800 and Lumia 710. As for release dates, the Lumia 800 will roll-out first in France, Germany, Italy, Netherlands, Spain and the UK in November, then Hong Kong, India, Russia, Singapore and Taiwan before the end of the year. As for the Lumia 710, this is going to be available in Hong Kong, India, Russia, Singapore and Taiwan by the end of the year. The United States is scheduled for an early 2012 release… but what about us Canadians?

Nokia Canada held an media event in Toronto and on hand were both Windows Phone devices. The build quality of both devices is impressive, this is something that Nokia has always done well and could be a key differentiator for them in the Windows Phone space. Richard White, General Manager of Nokia Canada, was present and I asked him about Canadian release dates. He noted that “We’ll have a number of Windows Phone devices, these or similarly spec’d devices, from multiple carriers available to Canadians in early 2012”. As expected, no clear dates but he did reiterate that “We’re working hard to make sure they’re here as soon as possible”.

So we might see more than the Lumia 800 and Lumia 710 come to our fine land, possibly different names too. Very exciting times for Nokia