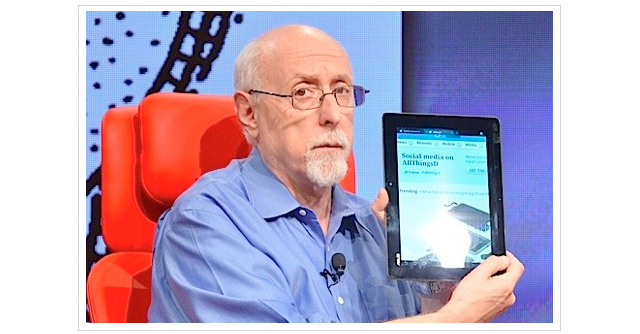 Asus teased a few days ago that it would be launching its follow-up to the reasonably successful (for an Android tablet) Asus Transformer tablet in the coming weeks. Now, during the AsiaD conference in Hong Kong, company Chairman Jonney Shih unveiled the 8.3mm quad-core tablet dubbed Transformer Prime.

At this point we don’t know too much about the Tegra 3 inside the Transformer other than it has four cores (actually five), and that it will offer up to 3x the GPU performance of its Tegra 2 predecessor. Shih, in unveiling the Transformer Prime, claims that it will be the first tablet to market with Nvidia’s new chipset, along with a 10″ screen, SD slot and mini-HDMI port. The other good news is that although it will ship with Honeycomb, the device will get Ice Cream Sandwich soon, likely before the end of the year.

The official unveiling of the Transformer Prime is coming November 9th, but he showed off a working prototype to Walt Mossberg, and it’s definitely a looker. The Tegra 3 chipset should power many new tablets in the new year, with smartphones coming a few months later as they transition to a more mature manufacturing process. In addition to extra speed, Tegra 3 promotes up to 60% power reduction in some areas compared to Tegra 2 performing the same tasks. This is due not only to the more efficient design, but by being developed for mobile right from the start.