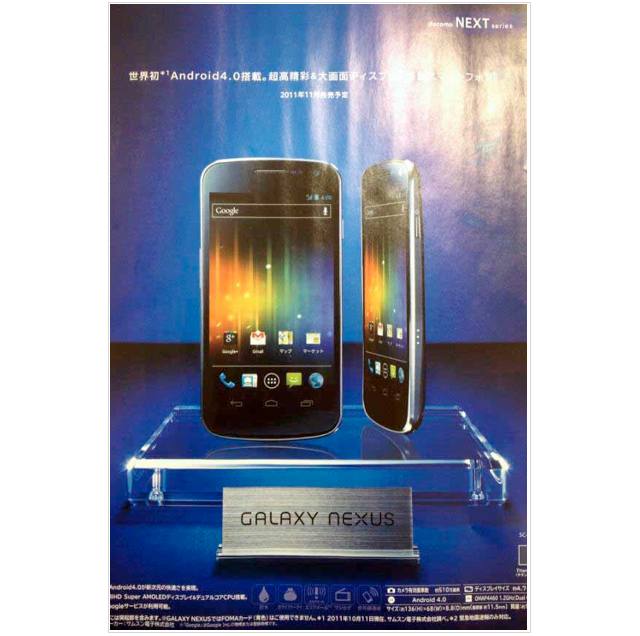 We’re only a few hours away from the official announcement but this image of the “Galaxy Nexus”, if true, is the best shot we’ve seen so far. It’s looking identical to the device that appeared in the leaked video, plus similar to the Samsung “something big is coming” teaser. There are some additional specs that are revealed too: 1.2GHz dual-core TI OMAP 4460 processor, 4.7-inch HD Super AMOLED display with a resolution of 720×1280, Android OS 4.0 Ice Cream Sandwich, 5-megapixel camera and a 1.3-megapixel front-facing camera, 32GB ROM, 1GB RAM, NFC-capable and packs a 1750 mAh battery… of course the truth will unfold at 10pm EST tonight.