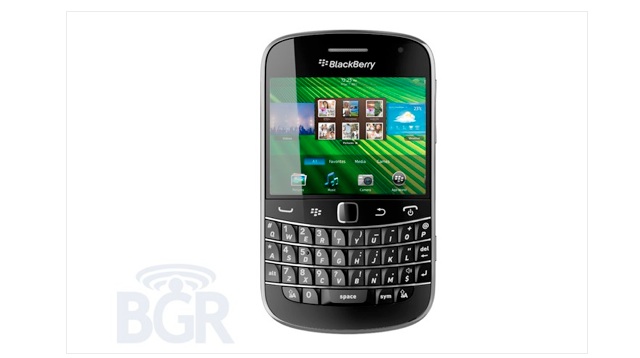 This might put a kink in the RIM plan. It’s been known that the next generation of BlackBerry devices, not these upcoming OS 7 smartphones, but the ones that will be released with their QNX platform will be released next year. RIM acquired QNX back in April of 2010 and this is the OS that’s currently powering their BlackBerry PlayBook.

RIM’s Carlo Chiarello, VP of GSM/UMTS business unit recently stated that “The reality is that our teams have done a phenomenal job in such a short period of time to do what they’re doing on PlayBook… That [QNX] experience is going to start to come in to our high tier products. I can’t tell you when; I’m not allowed to. But it’s absolutely part and parcel of what we’re working on now… I can tell you that it’s going to come in to the higher tier value propositions first. It’ll probably come into an all-touch first, more than likely… but I can’t tell you timings specifically. But it looks marvellous!”.

News today from BGR with details of RIM’s first QNX based smartphone. Apparently pegged with a release date for Q1 2012 the current codename is the BlackBerry Colt. BGR notes that internal testing has already started and the device is rumoured to come with a 1GHz single-core processor and will also have a newly created QNX-based BlackBerry Enterprise Server. The above is a mock up but it’ll probably be similar in design with its chrome bezel, QWERTY keyboard. No word if the display will be a touchscreen or if it supports NFC.