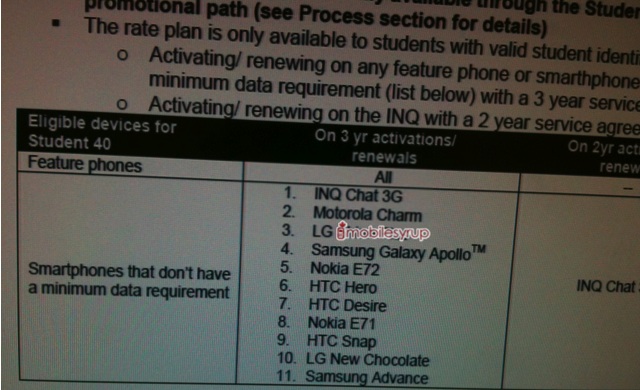 There’s been rumours in the past about the TELUS releasing the Android-powered Samsung Galaxy Apollo. It appeared in a back-to-school promo but with no launch date and it’s apparently now coming soon. Thanks to a tipster who let us know that the Apollo has popped up again, this time in a list of devices that are eligible for the Student 40 plan… which means it’s launching before the plan expires on October 5th, 2010.