Not so “love thy neighbour” for Bell Cell Tower 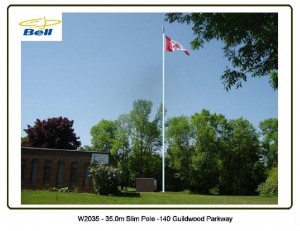 No so “love thy neighbour“. Guildwood Presbyterian Church in Toronto entered into a 20-year lease last year with Bell Mobility to build a 35-metre cellphone tower on its property. The residents of the area went ballistic and opposed the tower due to health concerns.

Church spokesperson Bruce Morrison requested Bell to release them from the lease as he “under-estimated the severity of the reaction” and said the tower would “impair the ability of the church to serve the community.”

It is in the hands of Bell – and god – to see if the tower will be put up.  If Bell does decide to move forward, the opposing residents will picket the company’s offices, not the church, and “will throw their cellphones in the lake.”

For real – “will throw their cellphones in the lake.”