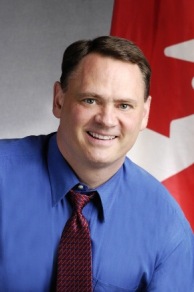 Imagine a world of no “System Access Fees”! Similar to what Koodo and Virgin are doing and waiving the $35 when you sign a contract… you just might be in luck. Bill C-555 was introduced in the House Commons yesterday.

C-555 is known also as the “Get Connected Fairly Act” and is the brainchild of Member of Parliament for Ottawa South, David McGuinty (brother to Premier Dalton). The major cause of bill C-555 is to ban System Access Fees charged by cell phone providers.

McGuinty says “It’s past the time that Canadians expect to get connected fairly, System Access Fees are an obvious frustration for Canadian consumers. We’re talking 21 years and billions of dollars in misleading payments. My Bill will end fictitious surcharges on cell phones.”

Bill C-555 also includes a request to the CRTC to review and report on competition and consumer choice relating to telecommunications services in Canada. “Clearly, the problem needs more than a quick fix. We need to take a hard look at advertising, contracts and billing. And not just for cell phones – voice and data packages with unclear provisions, changing terms of service, and sky-high rates are simply unfair to consumers.”

The Bill is expected to be up for debate at second reading when Parliament resumes in October… however you if you would like to show your support there is an online petition to sign: Bill C-555 “Get Connected Fairly Act”

What are your thoughts on this?

Summer’s over: McGuinty back at “Get Connected Fairly Act”