The trend is clearly defined. Gamers and developers are not interested in NFTs, though it seems like Ubisoft wouldn't stop shoving them down our throats 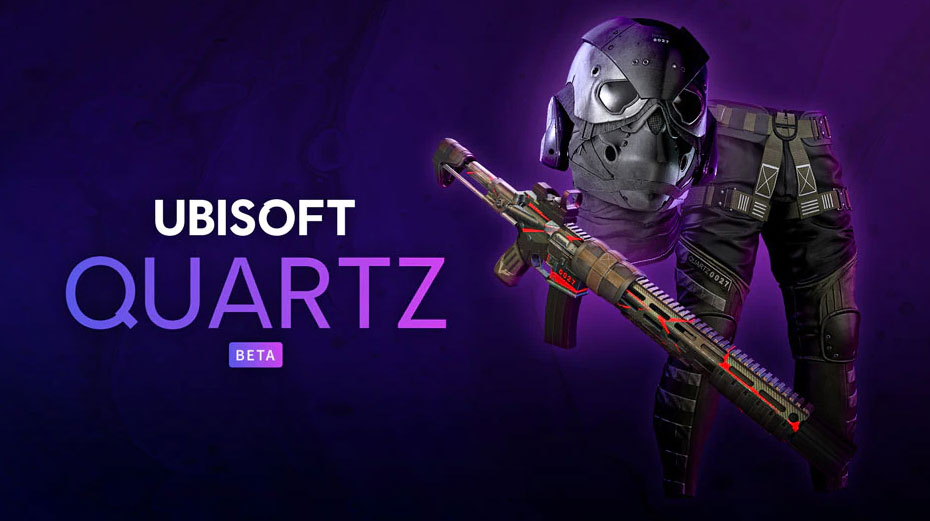 I loved Ubisoft incorporating NFTs to Ghost Recon Breakpoint — said literally no one ever.

It’s no surprise that Ubisoft’s experiment with NFTs went stale, but that’s not stopping the company from diving into digital non-fungible tokens again.

After announcing yesterday that Ghost Recon Breakpoint would no longer receive content updates, Ubisoft updated the title’s NFT collection page on its Quartz website to reveal that there would be no new ‘Digits’ (NFTs) for the game either.

“Thank you to all Ghost Recon Breakpoint players who claimed their first Digits!” reads the Quartz page. “You own a piece of the game and have left your mark in its history. As the last Digit for Ghost Recon Breakpoint was released on 3/17/2022, stay tuned for more updates with features to the platform and future drops coming with other games!” 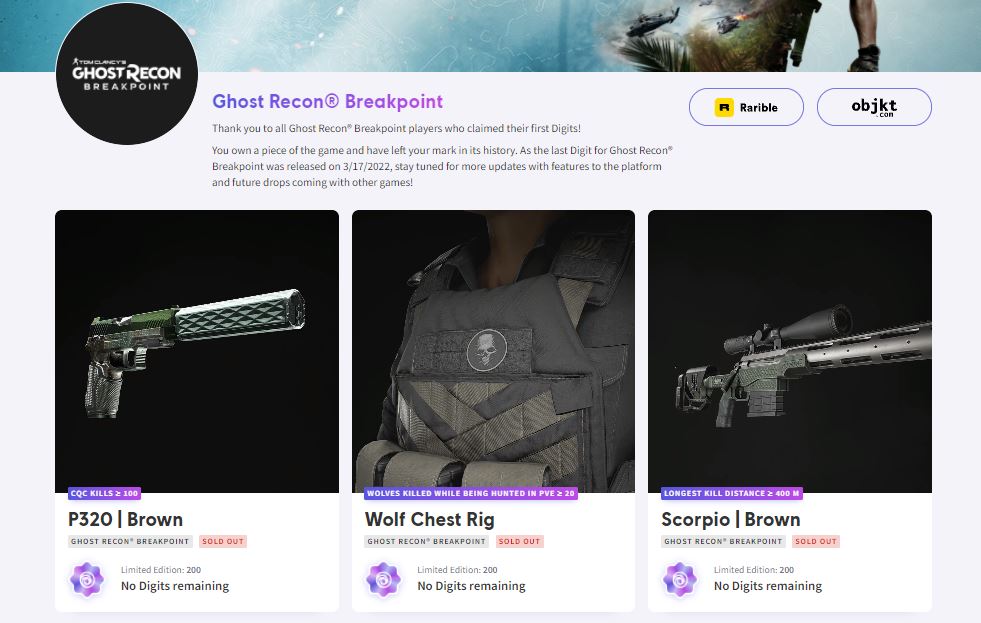 Digits were collectible and usable in-game items in the form of NFTs, and included items like weapon skins, wearable clothes, helmets, and more. Ubisoft never really received any appreciation for Digits, and their short-lived life on Ghost Recon Breakpoint was full of criticism and confusion, with even Ubisoft developers being critical of the company’s push into digital collectibles.

Subsequently, Nicolas Pouard, vice president at Ubisoft’s Strategic Innovations Lab came said in an interview that gamers just “don’t get” NFTs, which again caused in stir in the community.

The trend is clearly defined. Gamers and developers are not interested in NFTs, though it seems like Ubisoft is adamant about retaining digital collectibles in its games, as is evident by its comment on Quartz’s Ghost Recon Breakpoint collection page.

I’m all for NFTs in different avenues like music, digital art, and even gaming, but when the majority of consumers are adamant about their omission, companies like Ubisoft should pay heed.