The news was announced in a funny exchange between Rob McElhenney, Anthony Hopkins and Jason Sudeikis 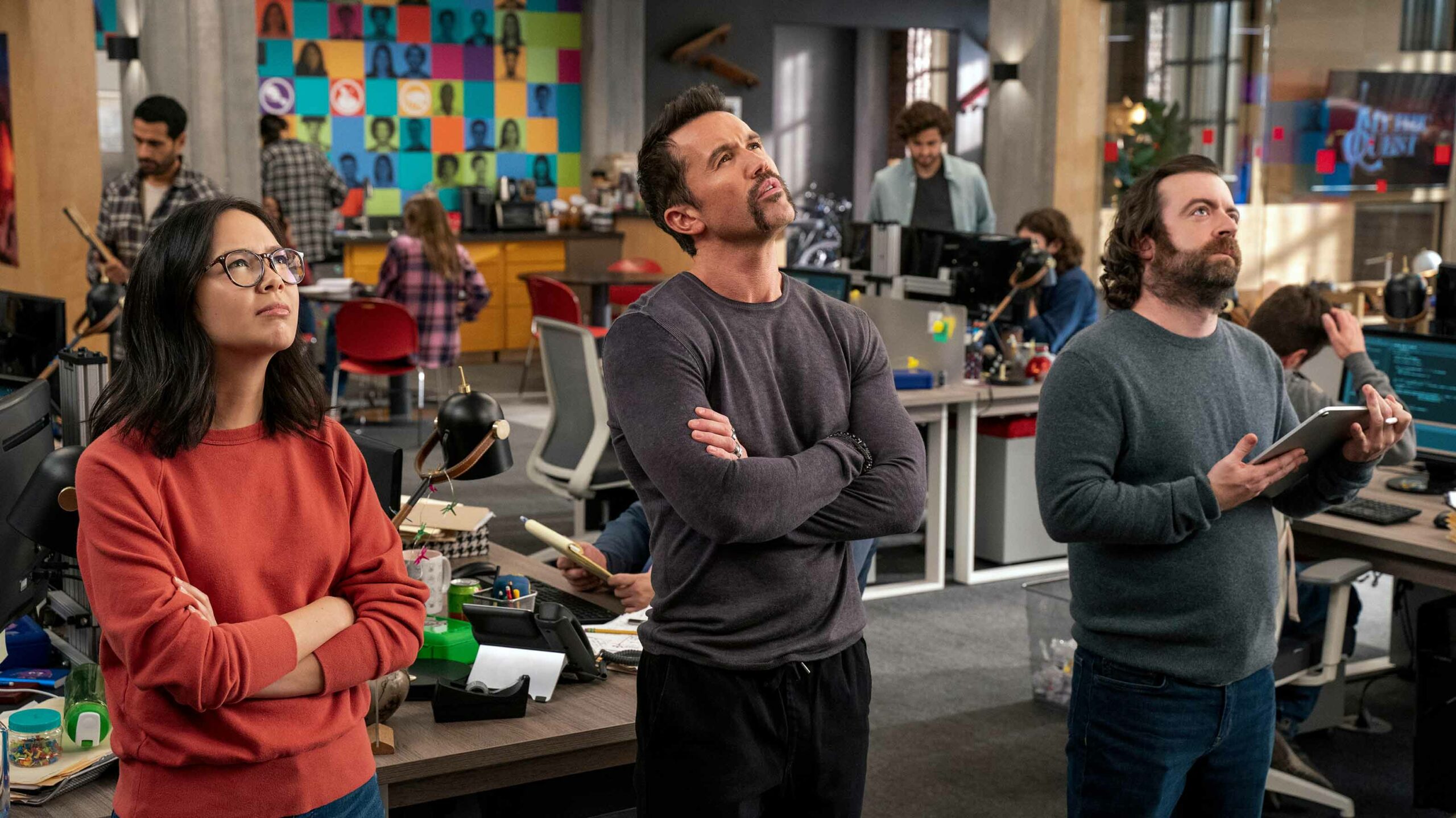 Apple has renewed Mythic Quest for a third and fourth season.

Rob McElhenney, the video game comedy’s co-creator, co-writer and star, announced the renewal in a video on social media.

Mythic Quest‘s second season wrapped up in June, although it hadn’t been clear until now whether the series would be returning. In the video, McElhenney confirms that Mythic Quest Season 3 will premiere sometime in 2022, before the third season of Ted Lasso.

Co-produced by video game publishing giant Ubisoft and Lionsgate Television, Mythic Quest follows a game development studio as it works on an expansion to its massively multiplayer online role-playing game (MMORPG). Several of McElhenney’s creative partners on It’s Always Sunny in Philadelphia, including Megan Ganz and Charlie Day, also work with him on Mythic Quest.