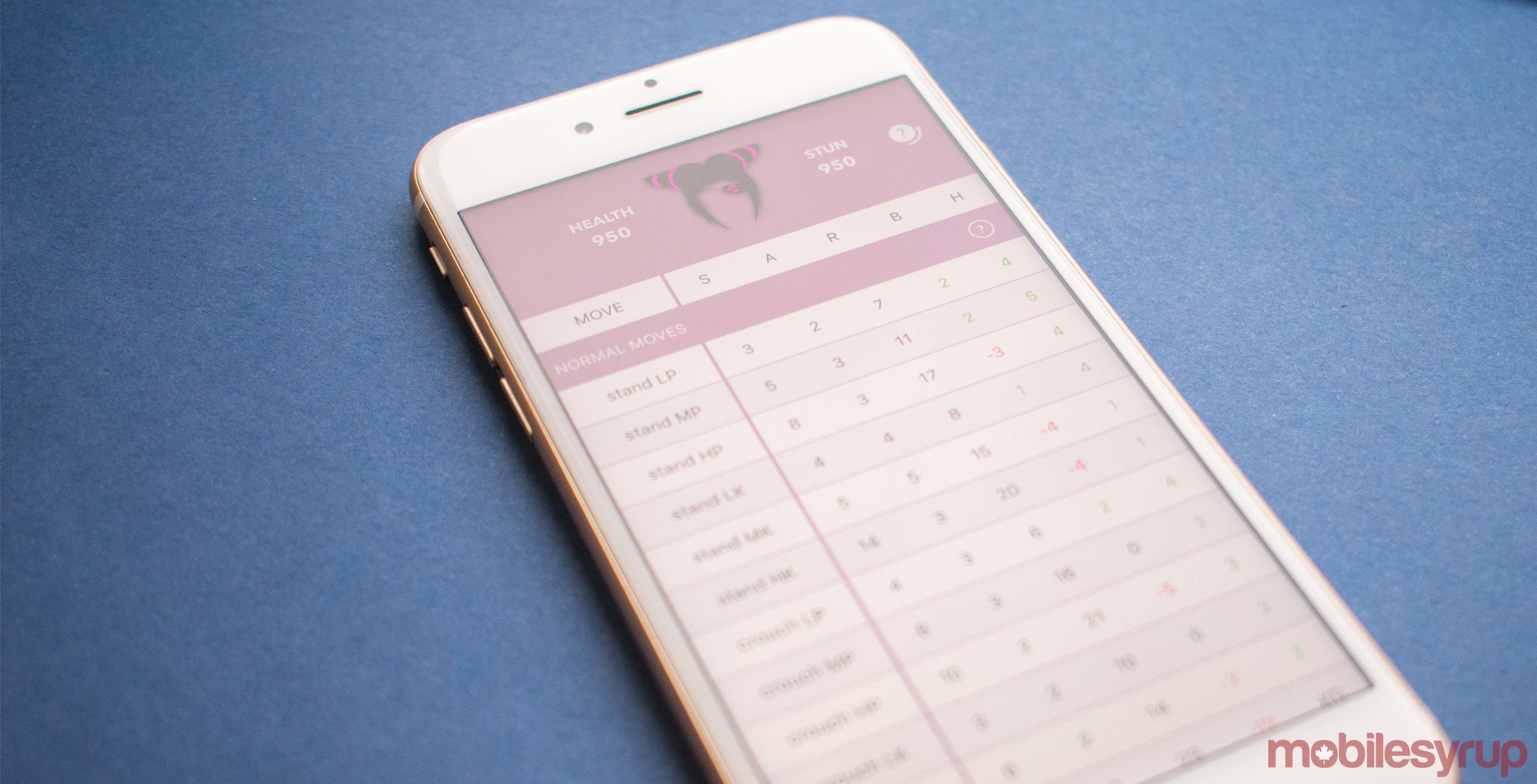 Street Fighter V: Arcade Edition has officially launched, and its litany of new modes, balance updates, and a continually-expanding cast of characters is sure to draw in both new fans and lapsed veterans alike.

While Arcade Edition includes various resources to help players learn and improve (such as a significantly improved training mode and basic character guides), it does little to introduce and acclimate would-be champions to perhaps the most essential tenant of doing well at fighting games: frame data. 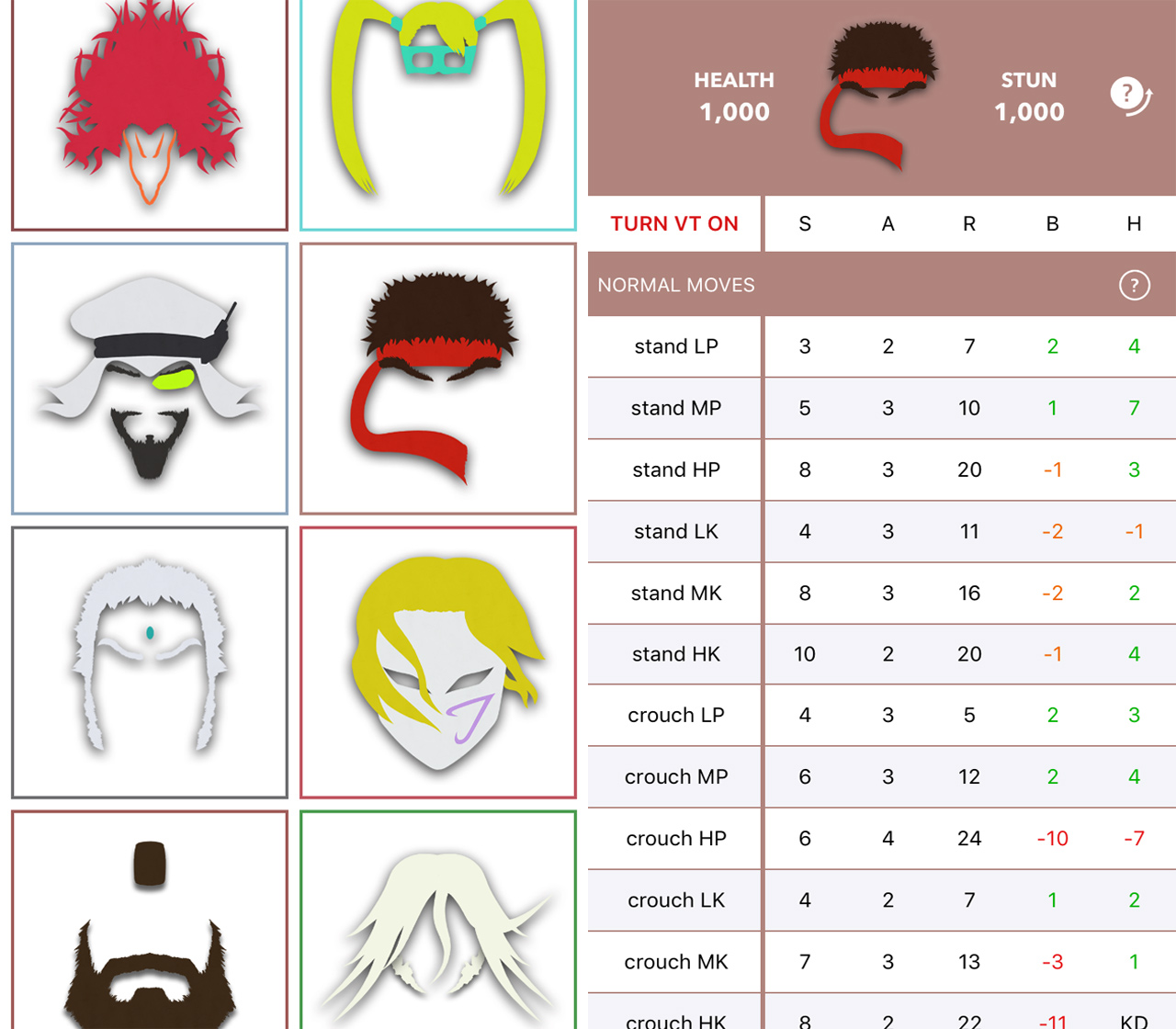 Put simply, fighting games measure time in frames of animation, each of which last as long as 1/60th of a second (meaning 60 frames = 1 second). Each individual move in the game, from a forward dash to a basic punch, takes a certain number of “frames” to initiate and then recover, actions referred to as “start up” and “recovery.”

This information is critical for doing well at Street Fighter V (or any fighting game, for that matter) as it dictates what you and your opponent can and can’t get away with at any given point in the match. Yet, there’s nothing in the game to explain the significance or even existence of frame data, leaving all but the most hardcore fighters in the lurch.

Frame Data V is an app available for both iOS and Android that acts as both a handy-dandy guide to what frame data is and how to understand it, as well as a database for easily referencing your favourite characters’ combos, health values, movelists and of course, frame data. It’s entirely free (supported through optional donations), and has pledged to never lock information behind a paywall or subscription. 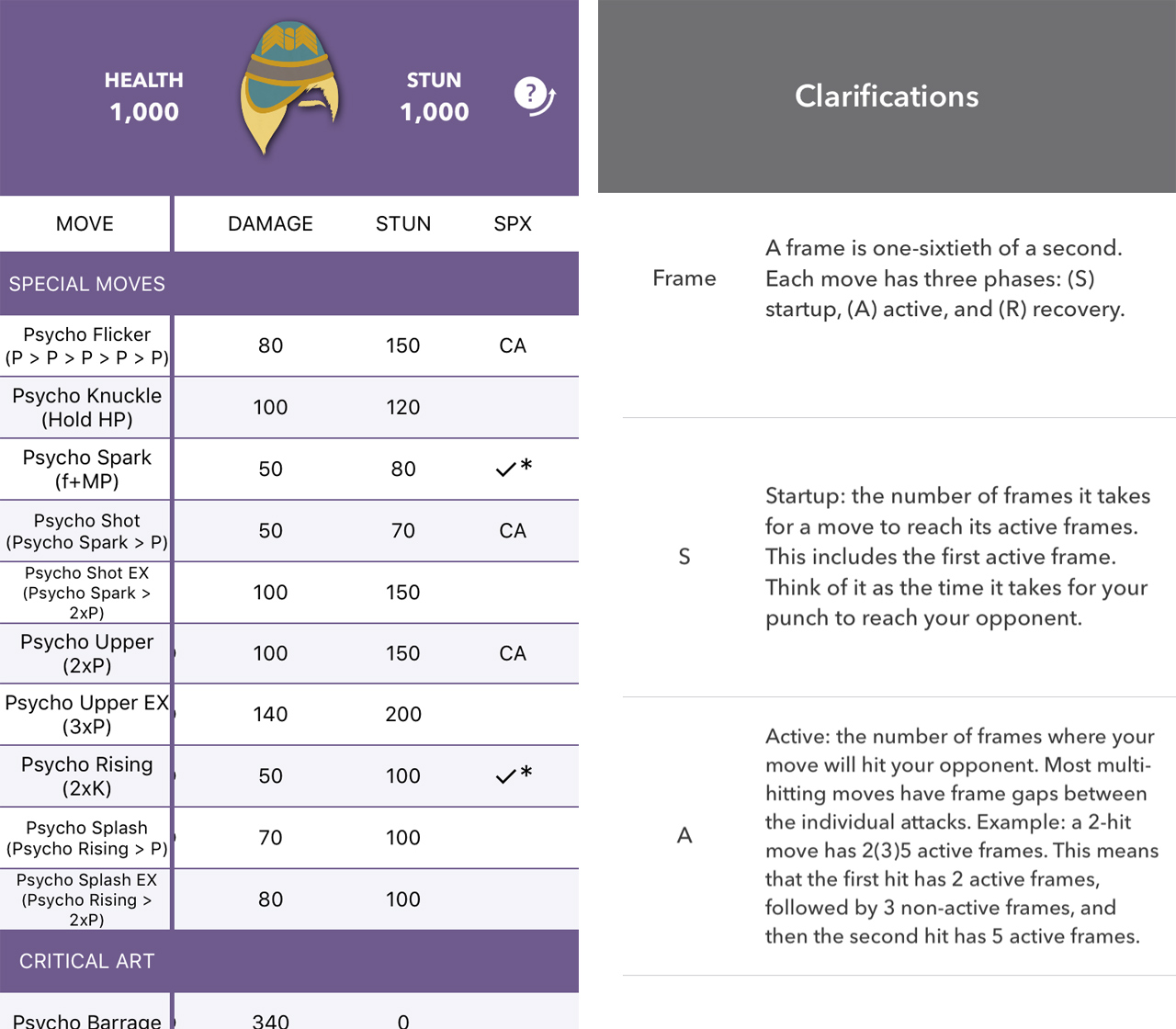 The app does a wonderful job of explaining all of its admittedly dense and involved terminology, and allows an easy understanding of which moves are “safe” (i.e. recover in time so you can block before the opponent can move), what moves combo together, and how to punish pesky attacks that might have seems insurmountable before.

While Frame Data V has not yet been updated for the Arcade Edition update, the app’s official Twitter account promises that a massive update is coming in the very near future, which will include all of the Arcade Edition information as well as various other quality-of-life improvements. 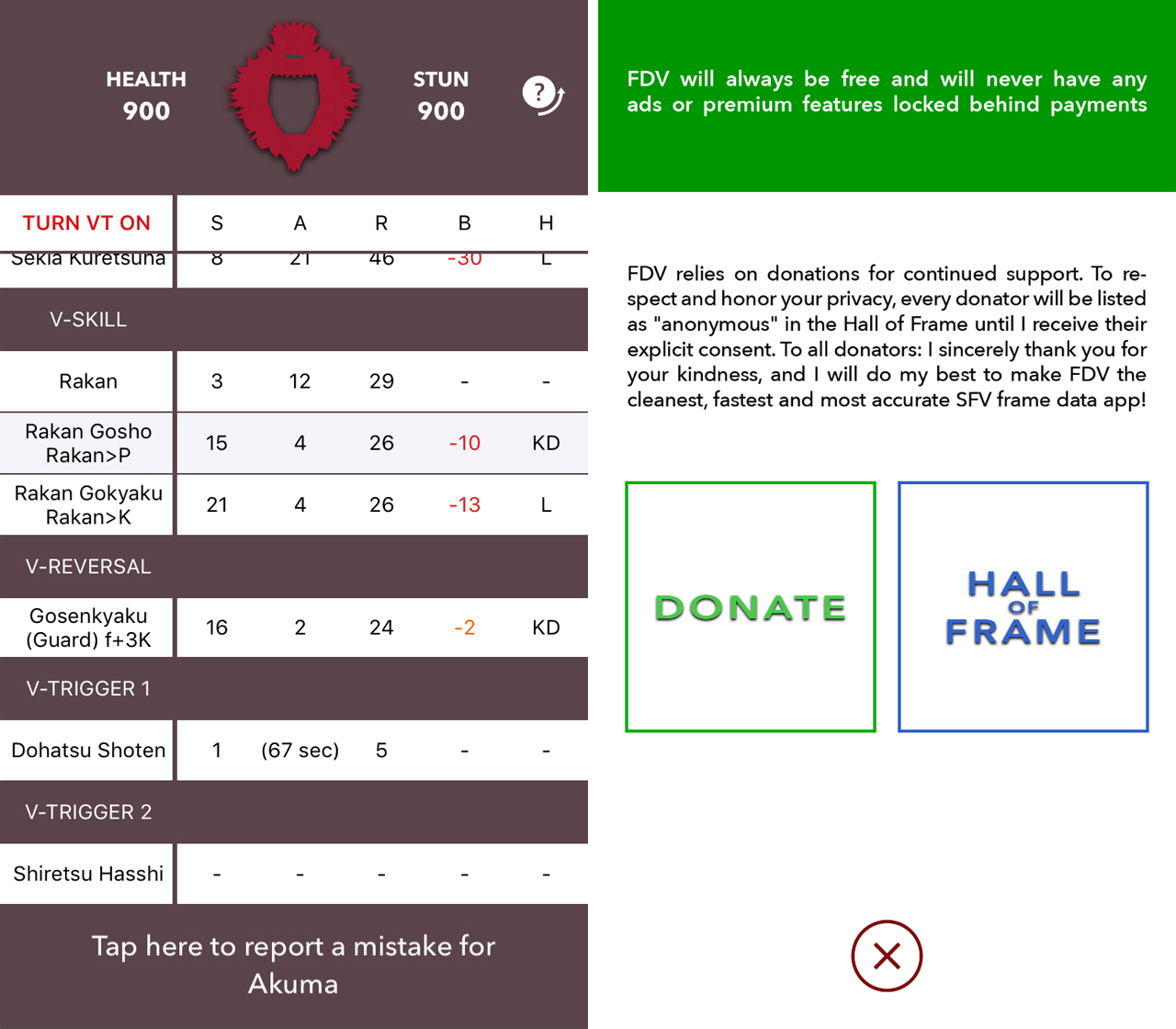 If you’ve ever found yourself struggling while facing your friends online or even just against the computer in Arcade Mode, it’s amazing what simply learning your character’s frame data can do.

Frame Data V will help you get the knowledge edge against your uneducated opponents, and as the old saying goes, knowing is half the battle.

Frame Data V is available on iTunes and the Google Play Store for free.