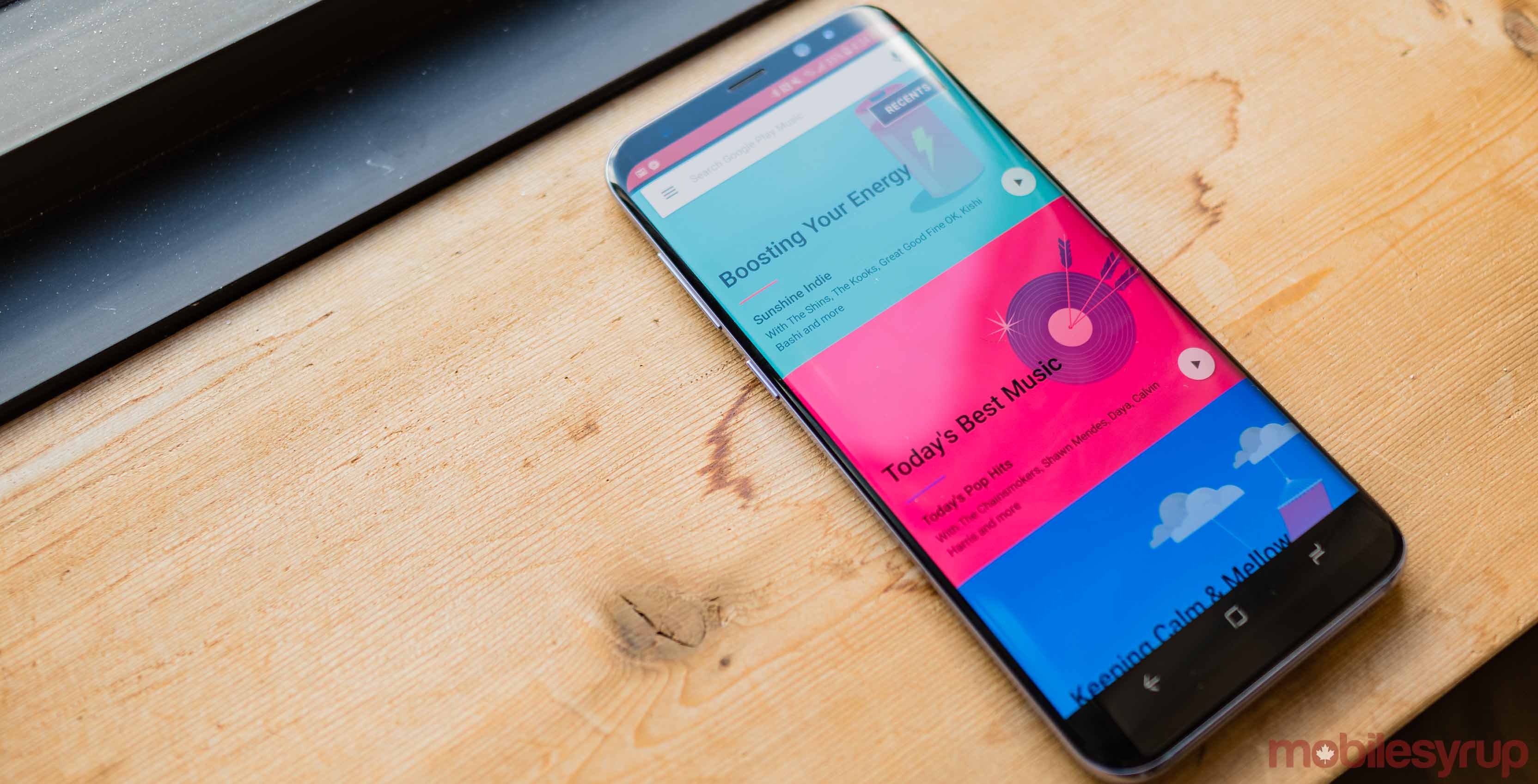 Canadian consumers who pick up the Samsung Galaxy S8 or Galaxy S8+ today and into the future will notice something different about the Google Play Music app that comes pre-installed on both devices.

As part of a special partnership between Google and Samsung, S8 Google Play Music users will be able to store up 100,000, up from 50,000 compared to regular Play Music users, on Google’s servers.

Each S8 also comes with a free three-month trial of Play Music. Per usual, the trial is only available to new Google Play Music subscribers, not those who may have paid for the service in the past and let their subscription lapse.

Later this year, Google will also update Play Music to support Bixby, the S8’s new personal assistant, as well as to add other ‘special features’ just for Samsung smartphone customers. The former update will coincide with the launch of Bixby Voice, which is scheduled to come to Canadian S8 units sometime later this year.

A spokesperson for Google confirmed to MobileSyrup that the offer is available to new Canadian S8 owners.

Previous Galaxy devices came with Samsung’s Milk music app. Moving forward, Google Play Music will be the preferred music app on Samsung smartphones, according to the South Korean company. This marks a significant change for Samsung, which has had something of a seemingly acrimonious relationship with Google in recent years.

Did you pick up a Galaxy S8 today? What do you think so far of Samsung’s latest smartphone? Tell us in the comment section below.