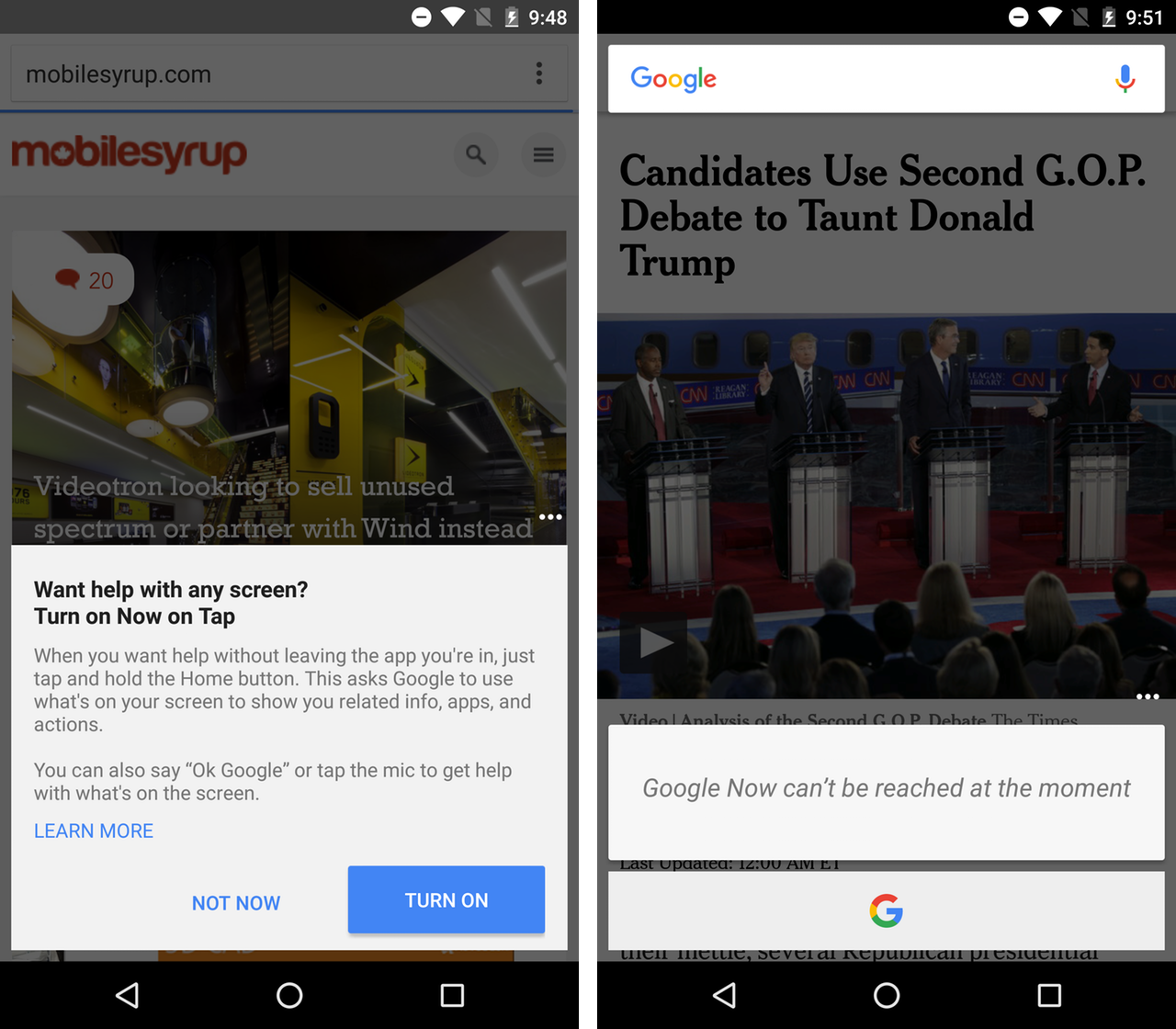 Google Now on Tap is currently available, but only to users who have the developer version of Android M installed on their device.

The new, upgraded version of Google Now, dubbed Google Now on Tap, which was extensively shown off during the company’s stage demo of Android 6.0 Marshmallow back in June, makes Google Now more contextually aware of what the user is doing, and operates in a way that’s similar to Siri, Cortana and to some extend, even Google’s own Google Voice, but with an additional level of context.

What separates Google Now on Tap from Google Voice, as well as other mobile assistant platforms, is the fact that it’s always active and running in the background. This means that you’ll be able to search for information (called Google Cards) about a song while still listening to it, find information about a picture while looking at it, and even search for additional information about a location with Google Maps open. Also, if you were searching for information about a movie, tapping and holding the screen presents a detailed Card about each film.

Essentially Google Now Tap uses the company’s magically predictive Now Cards to look up information about the app you’re actually using. Unfortunately, it doesn’t look like the functionality works consistently in the new version. Google is likely testing Now on Tap prior to launching it later this year.

In addition to Google Now Tap, this update also moves Google Now’s Launcher to the Marshmallow style, giving it a vertical app drawer as well as a widget list.

The functionality comes courtesy of an update to the core Google Now Launcher app in the Play Store. You can download it from APKMirror if you don’t want to wait the few days for it to roll out.

Android 6.0 Marshmallow is expected to launch at some point in the next few weeks.