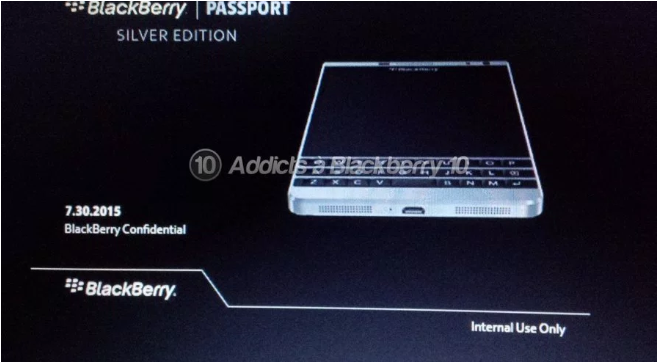 One of BlackBerry’s next smartphones is targeted at emerging markets and internally goes several codenames, including Oslo and Dallas. The most recent news regarding this device is that it has received certification from several carriers in Singapore, Malaysia and Indonesia. Moreover, we now know that the devices carries the model number of SQW100-4, and also by the FCC as model number L6ARHR190LW.

According to BlackBerry10 FR, the Dallas will be coming to market as the “BlackBerry Passport Silver Edition.” There are no other details in this report, but the confidential document is dated July 30th, 2015.

Previous rumours suggested this new Silver Edition Passport will feature a similar 4.5-inch display (like the original Passport), a 2.2GHz Snapdragon processor, 13MP and 2MP rear and front-facing cameras, 3GB of RAM and a 3450 mAh battery.