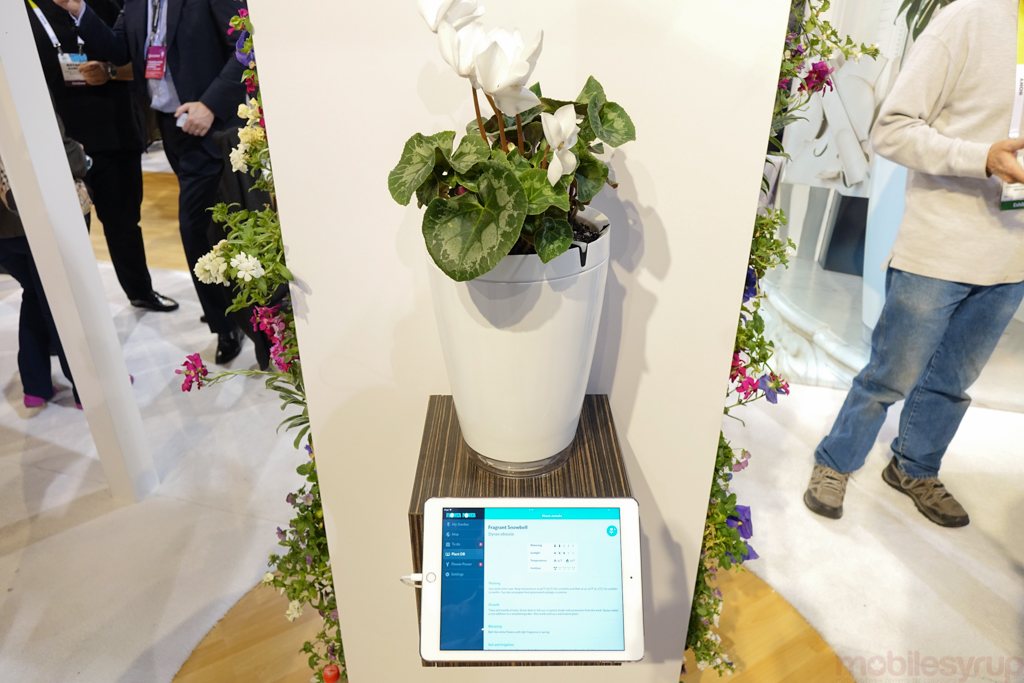 Parrot was on a roll at CES this year, figuratively as well as literally. The company debuted a new Android-powered infotainment unit for the car that supports Android Auto and CarPlay, and kept us entertained with the biggest, most intimidating-looking drones we’d ever seen.

But the stars of the Parrot booth were two gadgets aimed at keeping your plants alive. Evolved from the company’s Flower Power sensor, the Parrot Pot and H2O auto-feeder are designed to ensure that, should you forget to feed the leafy thing in the corner, it will continue to receive sustenance. 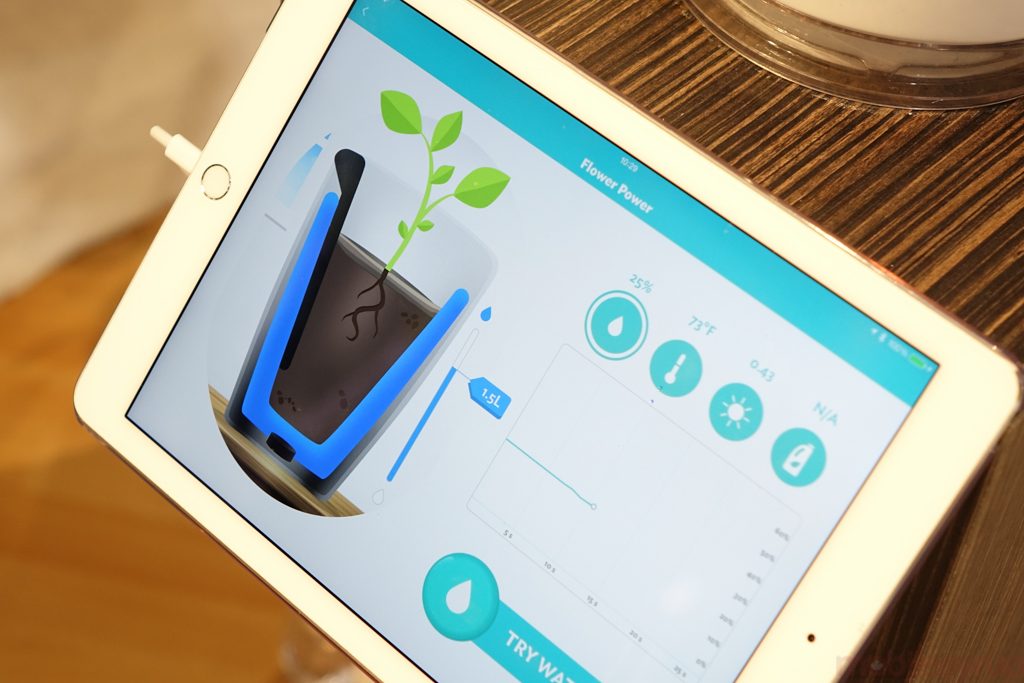 The Pot is the simpler, and more expensive, of the two. It features a 2.2L reservoir that can intermittently feed a plant for a month at a time based on an extensive (and ever-growing) database of 8,000 flora. Four sensors inside, along with an intelligent irrigation system, minimize water use. The pot appears ceramic but is made of reinforced plastic, and is large enough to fit enough soil and fertilizer for small to mid-sized house plants. The inside tank is machine-washable.

Pricing isn’t currently available but it will be available later in 2015. 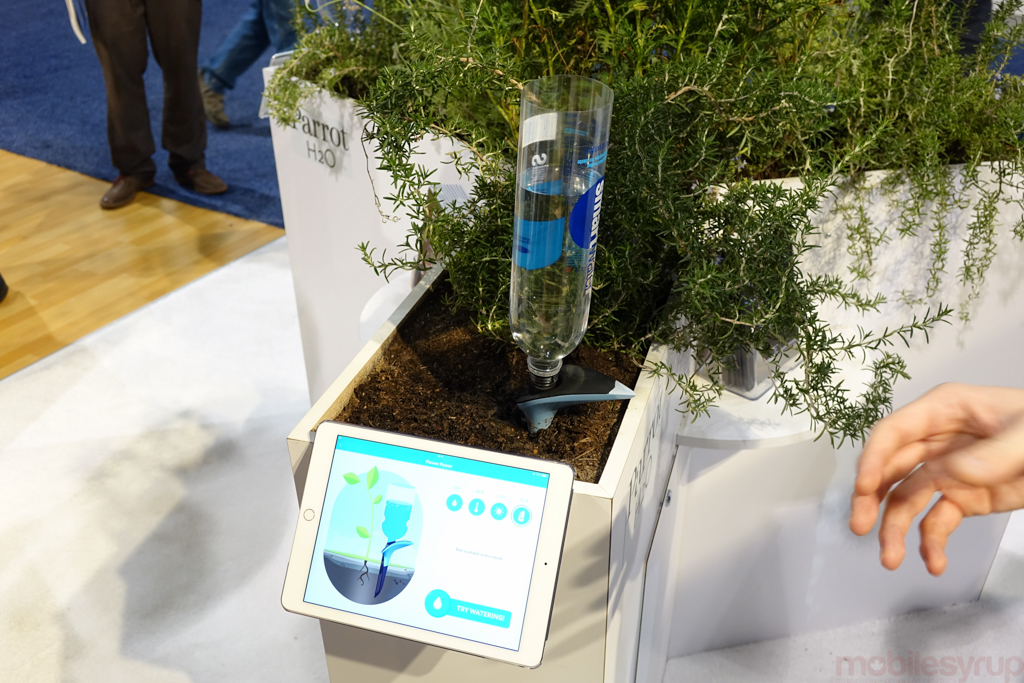 The H2O is the true successor to the Flower Power, a battery-powered sensor that detects when plants need watering based on water, fertilizer and sunlight amounts. But the H2O also has an optional (and useful) water bottle attachment, which can turn any 0.5L to 2L water bottle into a dispenser; the larger of the bottle sizes lasts up to three weeks. 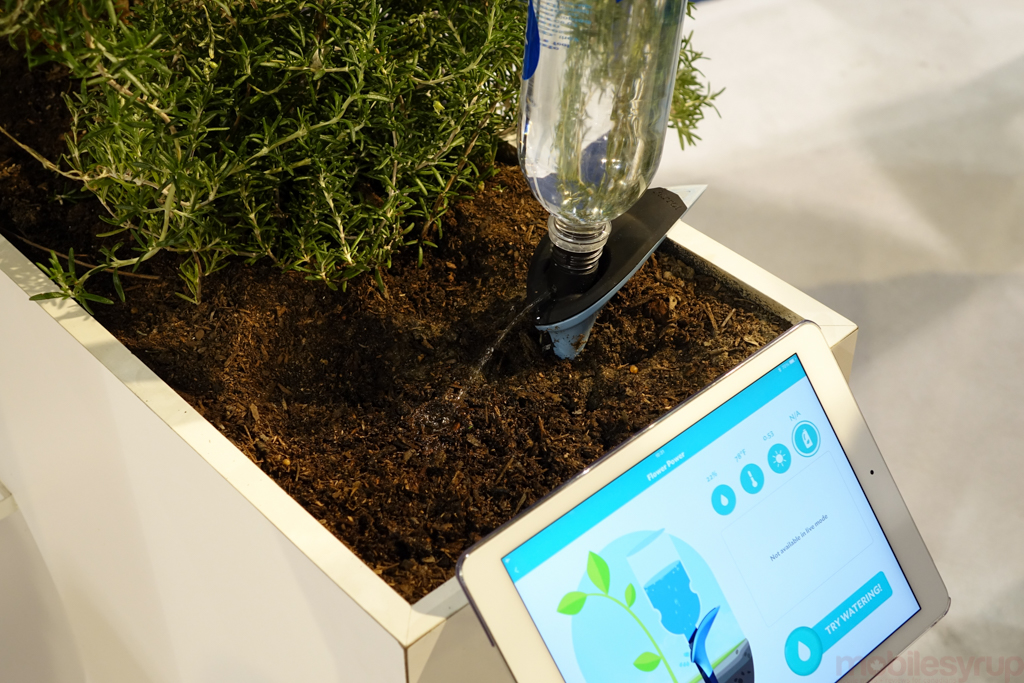 The Parrot H2O will also debut later in the year, and come in around the $79-$99 USD mark.

Both the Pot and H2O use sensors to detect plant health and communicate with an iOS or Android app. I’ve been using the Flower Power to keep a smaller plant healthy for the past few months and it’s been an amazing resource of knowledge and reassurance.

Parrot confirmed that both the Pot and H2O would be available in Canada, though specific timing wasn’t given.