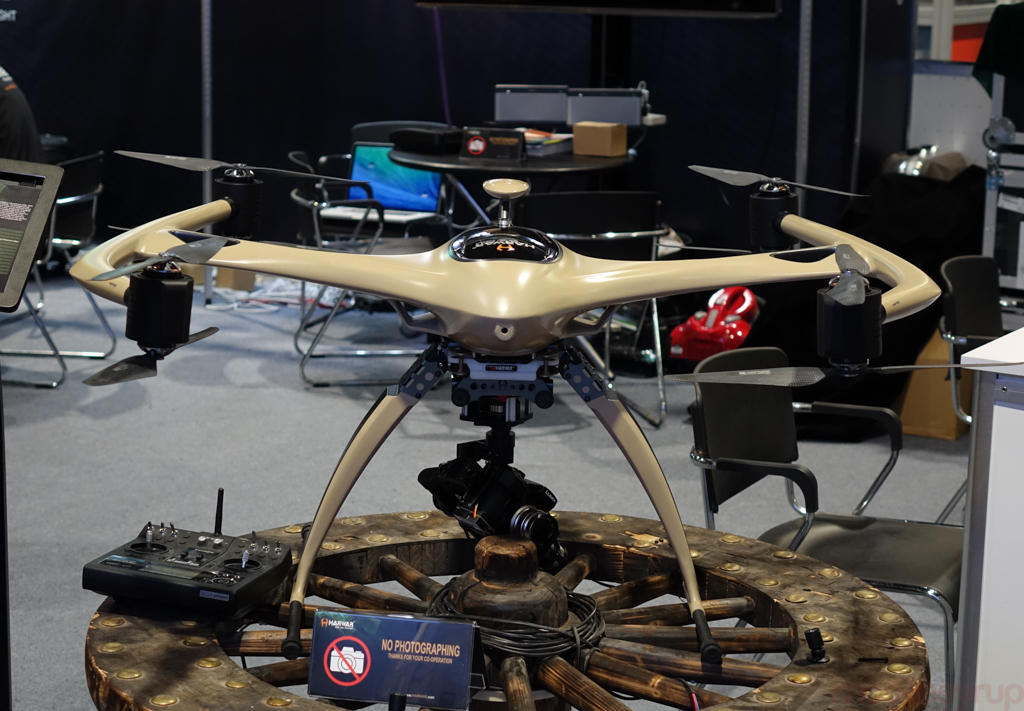 The first three times he tried flying the drone, it lunged forward, towards the target it was tracking and his outstretched hand. A handler lurched to keep back the flying weapon, enmeshed in a net to protect the outside world, bringing it back to the ground and safely out of reach.

At CES’s South Hall 1, “Unmanned Systems” — drones — were ubiquitous. Nets covered every booth as vendors showed off their own interpretations of what appears to be the next big thing in popular tech. 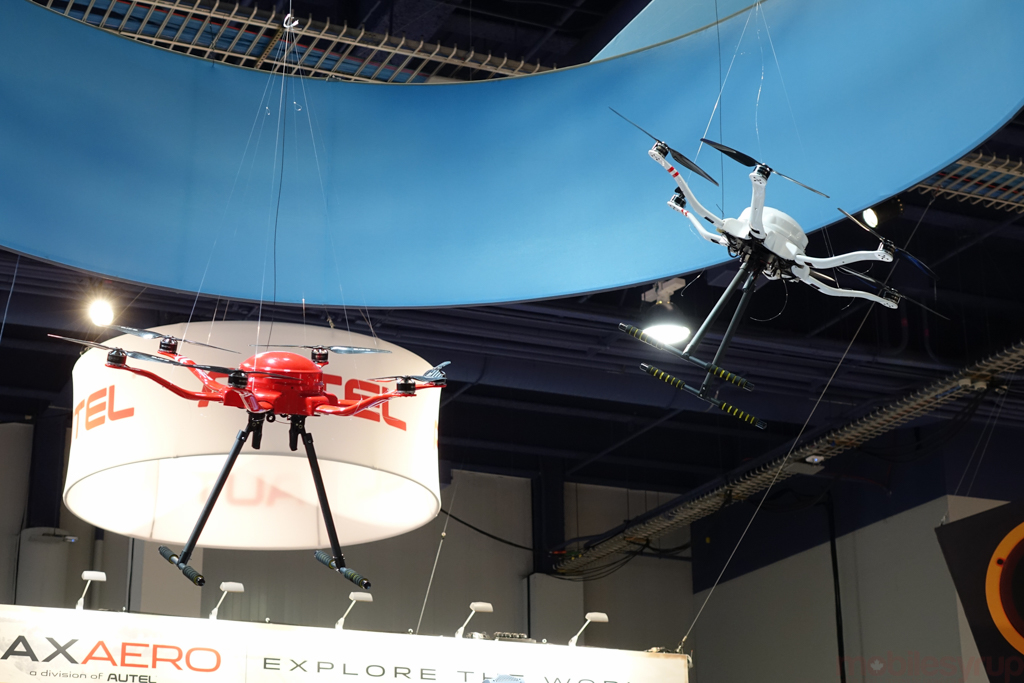 The difference between drones and the other rising tide of progress we saw this week is the potential for disaster inherent at every turn. While small accessories like the incredible wearable selfie drone, Nixie, won accolades from industry pundits, vendors advertised military-grade flying quadcopters designed to navigate inhospitable areas up to 100 miles away. 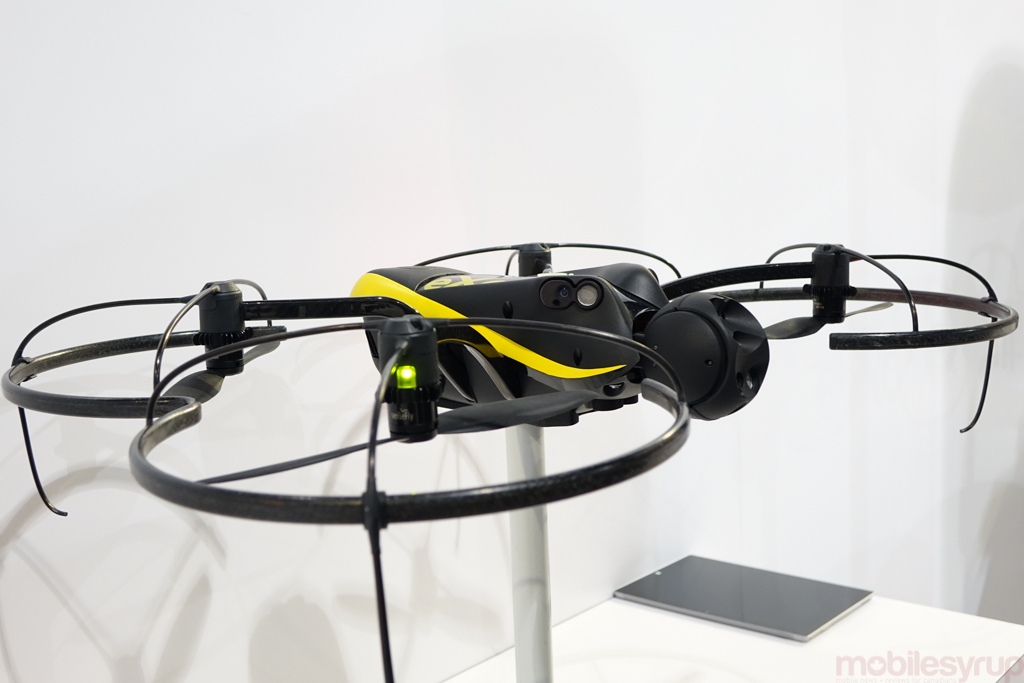 Parrot, the company famous for consumerizing the drone, not only has a few new models — the ultra-rugged Jumping Sumo Offroad is amazing — but its commercial division, senseFly, has been working on much larger carbon fibre models like the eBee and eXom that don’t always need human input; in addition to cameras, the bodies are adorned with proximity-awareness sensors to avoid inadvertently hitting objects during missions. 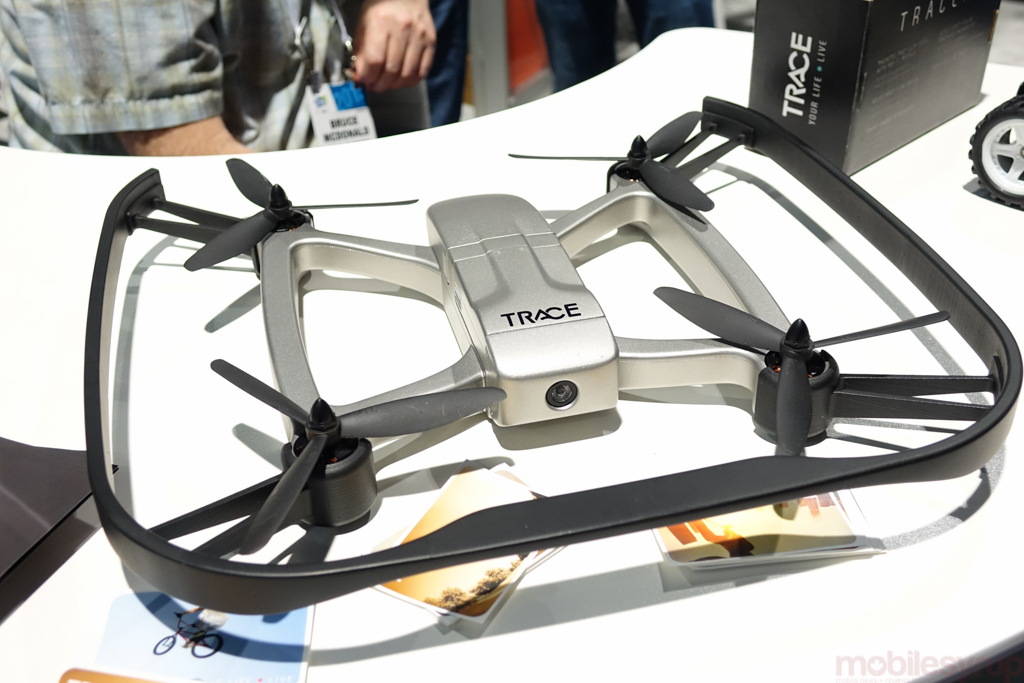 The sheer ubiquity of mammoth drones at CES wasn’t enough to set us on edge; it was the constant RF interference that made it particularly nerve wracking. While the show has always been a CESpool of multipath and bouncing signals, hearing the disclaimer, paraphrased, “The flying death machine we’re showing off may not work properly,” repeated ad nauseum only stoked the fires of anxiety.

It wasn’t that I was worried about an errant drone lopping off my finger — though many of them had the potential — but the potential for mayhem was obvious around every corner. 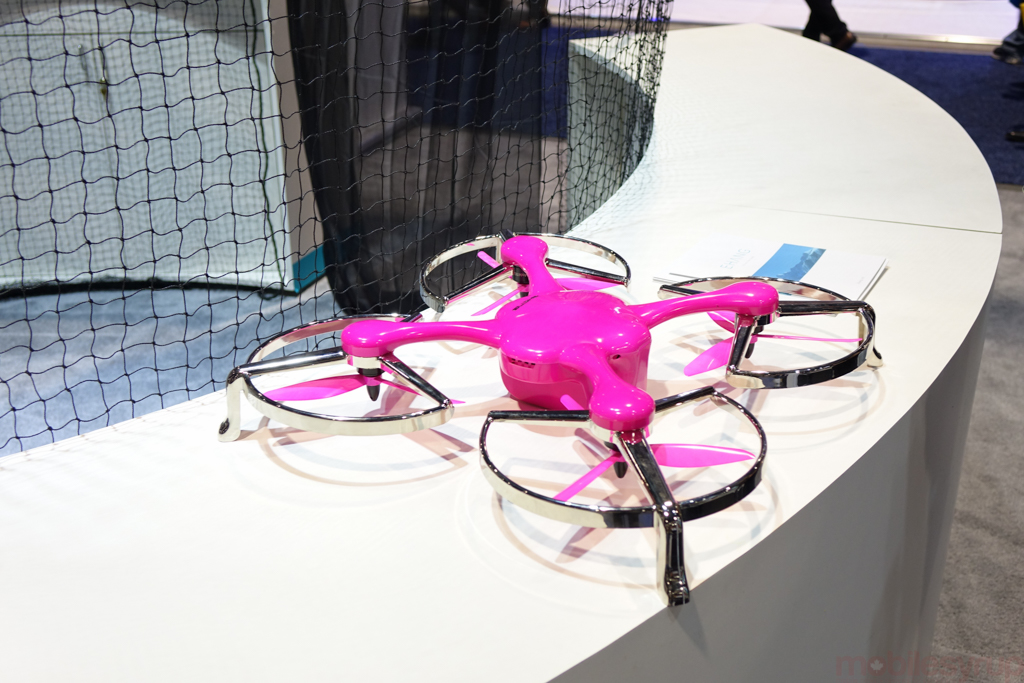 And then there were the tiny drones, the ones usually affixed with cameras and offering asinine promises of “your best selfie.” Most execs in charge of these ones told me that they needed a hook, something to gain the attention of wandering conference-goers, offering instead grandiose suggestions of “self-actualizing automation” and “a robust infrastructure of helpful flying assistants” in some far-off near future.

All of these drones had cameras; all of them relied on some sort of network connection. Some of them could be programmed to act relatively independently, but the implements of destruction were generally a smartphone or tablet. Some used remote controls that wouldn’t be out of place at a military compound, knobs and switches to affect pitch, yaw, altitude, speed and more, and very few were offering pricing or availability. 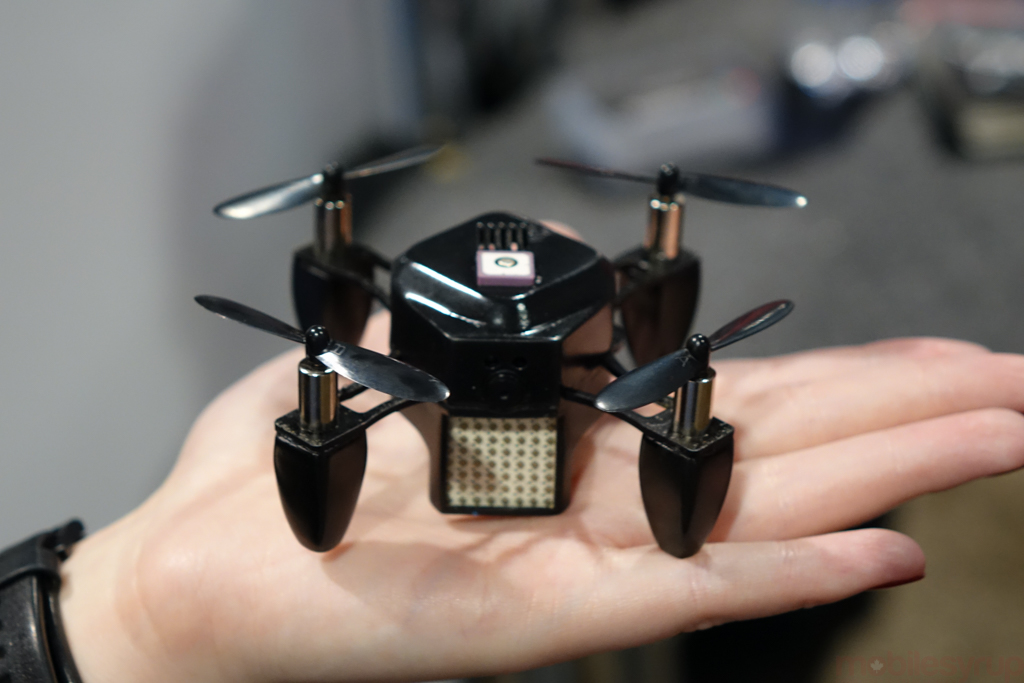 Some more popular drones, like the newly-crowdfunded Zano, promise a huge community of makers, developers and tweakers that will expand the cute hardware’s potential beyond hovering nearby to take a photo. But even the innocuous-looking Zano had potential for menace, the near-silent operation making it difficult to keep track.

Perhaps it was the constant hum of propellers and engines, but Unmanned Systems could be seen as a solemn foreshadowing of what’s to come. I saw cheap drones and expensive ones, finished products and prototypes, but all of them conveyed a single aphorism: we are slowly losing control of the things we make, and nothing good will come from this.