iPhone 6 and iPhone 6 Plus review roundup 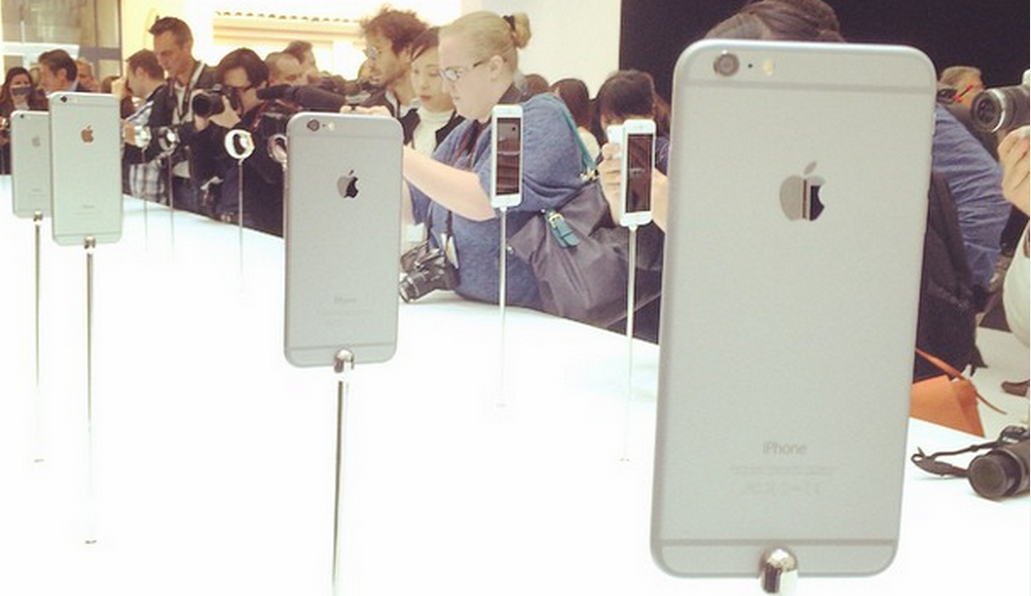 As fans wake up to the prospect of downloading iOS 8 later today, and the ability to purchase the iPhone 6 and iPhone 6 Plus later this week, we thought, in lieu of our reviews (coming soon!) we’d round up some thoughts from other sites.

In short, the phones are a hit. While bigger screen sizes necessitate various usability compromises, the iPhone 6 and 6 Plus don’t stray too far from Apple’s core mentality of a sanguine relationship between hardware, software and ecosystem. Some reviewers had misgivings about the size of the 5.5-inch iPhone 6 Plus, and others lamented the omission of optical image stabilization from the 4.7-inch iPhone 6, but for the most part Apple appears to have another hit (or two) on its hands.

Darrell Etherington of TechCrunch liked both devices, and considers the smaller iPhone 6 “the best smartphone for your money,” but was surprised by how much he enjoyed using the larger iPhone 6 Plus.

“The iPhone 6 is still the best smartphone for your money in my opinion, owing mostly to the fact that the majority of people are going to feel most comfortable using a smaller device as their daily companion of choice. But the iPhone 6 Plus surprised me: I went into this review expecting to find it was a niche gadget, reserved for those seeking the absolute top-of-the-line, convenience be damned. Instead, I found myself getting strangely comfortable with a phone I still find difficult to use one-handed. In short, the 6 is my favorite current smartphone, but the 6 Plus is its closest competition.”

Re/code’s Walt Mossberg echoes others by claiming the iPhone 6 is “the best smartphone you can buy.” He felt the aluminum finish on the back was a bit too slippery, but found battery life excellent, performance exemplary and the app ecosystem unmatched.

“The iPhone 6 is a great upgrade for current iPhone owners, or for anyone, really. It manages to provide a much larger display in a phone that’s still small enough to handle easily. It’s my recommendation for the best smartphone you can buy.”

Re/code’s Lauren Goode found herself falling for the iPhone 6 Plus despite misgivings, after having poor experiences with Android-based phablets like the Samsung Galaxy Note. She notes that the camera ties the whole package together, and is one of the best on the market.

“Apple has designed a giant phone that offers a few key large-screen features without overwhelming the senses, and it has a pretty good camera, to boot.”

David Pierce of The Verge calls the iPhone 6 “one of the best smartphones on the market.” If you didn’t love the iPhone before, other than its larger size this one isn’t going to change your mind. But the camera is still great, and the larger screen lets you do more and see more.

“For a variety of reasons, from the camera to the app ecosystem to the hardware itself, the iPhone 6 is one of the best smartphones on the market. Maybe even the best. But it’s still an iPhone. The same thing Apple’s been making for seven years. A fantastically good iPhone, but an iPhone through and through.”

Nilay Patel thinks the iPhone 6 Plus will replace his iPad mini with Retina and loves the larger battery and optical image stabilization. He also thinks that the larger iPhone will eventually cannibalize the smaller iPad and force Apple to create the laptop replacement it’s been claiming to be capable.

“With the right software changes, I could basically use an iPhone 6 Plus all day long, for everything from sending messages to editing documents to watching videos. A do-everything phone like the 6 Plus would eventually allow Apple to push the iPad even further towards becoming the true laptop replacement it was always meant to be.”

Molly Wood of the New York Times says the iPhone 6 and 6 Plus “aren’t a big-screen slam-dunk,” but concedes that Apple’s lead in the developer race is what’s going to sustain them long-term.

“The slim new iPhones aren’t a big-screen slam-dunk, but they work well, as we have come to expect from Apple. Ultimately, it’s what’s on the inside that keeps them just in front of their competitors.”

The Globe and Mail

Seamus Bellamy of The Globe and Mail concedes that both the iPhone 6 and 6 Plus are not the must-have upgrades of years past, but, if Canadians can stomach the considerably higher prices than their U.S. counterparts, they will love the devices.

“Many current iPhone owners might not feel the need to upgrade their existing hardware, but those keen to invest in these latest iterations of the iPhone will no doubt be satisfied with the power and versatility they have to offer.”

Mashable’s Lance Ulanoff thinks that the iPhone 6’s design is a little pedestrian, and admits that iOS 8 doesn’t do as much as the Android versions on devices like Samsung’s Galaxy S5, but it’s still “the most elegant and effective smartphone on the market.”

“There are other smartphones that do some of the things an iPhone 6 can do. Others, like the Samsung Galaxy S5 do more. It and the Amazon Fire Phone actually watch you and react to your gaze. Even so, none put it all together in quite the same way. I do miss the edges of the old iPhone design, but Apple’s iPhone 6 is, for my $200, the most elegant and effective smartphone on the market.

He also likes the larger iPhone 6 Plus, especially with its larger battery, saying, “If you must have a phablet, the Apple iPhone 6 Plus is a powerful and attractive choice.”