Nvidia document references Nexus 9 made by HTC and arriving Q3 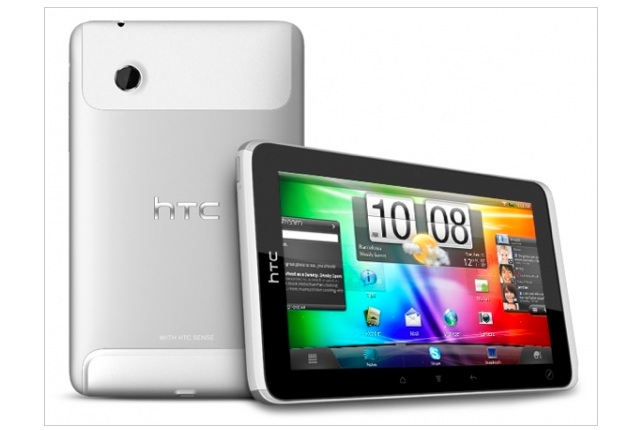 It’s been a while since we heard anything about the rumoured Nexus 9 tablet. Back in June, there was talk of a HTC-made device powered by Nvidia’s Tegra K1 chip launching in Q4. Today, word comes direct from Nvidia that the Nexus 9 could launch a little sooner than that, and yes, it looks like it will be made by HTC.

Legal documents filed by Nvidia in relation to its patent suit against Qualcomm and Samsung reference its Tegra K1 along with a handy list of the devices powered by the SoC. This list includes Acer’s Chromebook as well as Lenovo’s Terminator S9 television and Google’s Project Tango. Right after Tango, Nvidia namedrops ‘the HTC Nexus 9’ which it says is “expected” in the third quarter and “is also expected to use the Tegra K1.” Pictured above is HTC’s Flyer, which was announced, released, and discontinued over the course of 2011. The Flyer and the Jetstream (also announced in 2011) are HTC’s only tablets to date.

Based on the wording in the document, it seems Nvidia was being careful not to confirm anything, but it’s the closest we’ve come to official confirmation since rumours of the Nexus 9 first kicked off earlier this year. Rumoured specs for the Nexus 9 include an 8.9-inch tablet with a 2048×1440 resolution display as well as the aforementioned 64-bit Tegra K1-powered SoC, 2GB of RAM, either 16GB or 32GB of internal storage, an 8MP rear camera with OIS, and a 3MP front-facing camera.

Google’s tablet line hasn’t seen an update since July of 2013, which led many to believe a new one might arrive in June or July of this year. That didn’t happen, but since this is the first 9-inch tablet from Google, it makes sense that the company isn’t necessarily adhering to any kind of ‘update cycle’ for the launch of the Nexus. Still, if you’re the kind of person that loves the rhythm of an upgrade cycle, it might interest you to know that the Nexus 10 was announced in October of 2012.