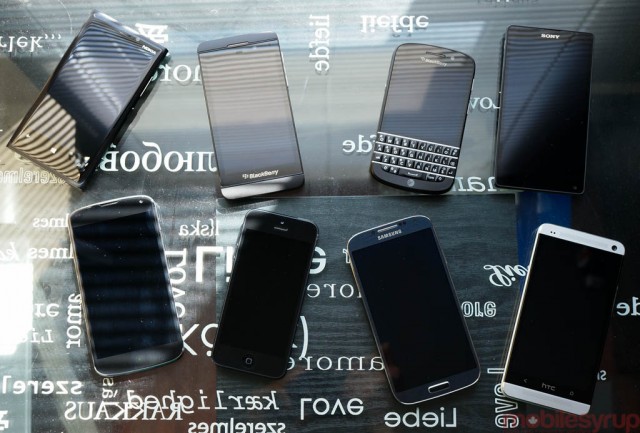 Canadians now pay less for higher-end plans, and more for entry-level plans, according to the updated CRTC-commissioned Wall Report.

An annual review of wireless, wireline, mobile data and broadband data prices across various usage models, the Wall Report details the realities of Canadian monthly spending. In its seventh year, this is the first report since the CRTC’s Wireless Code of Conduct came into effect, and shows that while prices for low-usage plans have increased, those in the higher-usage bracket have fallen since last year.

The report looks at the varying prices of four wireless plan tiers, from low to high usage, three of which have been previously tracked, and compares them between domestic and international carriers.

The tiers are below:

The Level 4 plan, which comprises the now-ubiquitous unlimited talk and text bracket, which includes voicemail and call display, uses 2GB of data as its base point, citing Canadians’ average monthly data use well below that point. For such a plan, Canadians pay $92.99.

When broken down, though, it’s clear that the incumbents still charge far more than their new entrant counterparts: for the same Level 4 plan, incumbents like Rogers, Bell and Telus charged 49% more than Wind, Mobilicity or Videotron.

The news can be summarized thusly: new entrants and incumbents are beginning to narrow the price gap on talk and text-only plans, but add data and the difference is enormous. This stat is increasingly important for the incumbents, since voice ARPU continues to drop as data ARPU rises to meet it.

Compared to other countries, Canadians still pay more than most in Europe for the same wireless plans, but pay significantly less than the U.S. and Japan for those in the higher tiers.

With the launch of 2-year share plans in light of the Wireless Code, both the price of handsets and wireless plans have seemingly risen, but the reality is that these plans, like the newly-regulated all-in airline prices, are merely more top-heavy in places.

For example, the decline in Level 3 pricing from 2013 to this year is likely attributable to the fact that the Wall Report treats 15% of the 1,200 included minutes as long distance, which, with the proliferation of unlimited long distance plans, has dropped in price over the last year.

As for roaming, the Wall Report confirms what we knew all along: the new entrants offer far cheaper US roaming than the incumbents. In fact, for data usage, companies like Wind offer rates five times cheaper than Rogers, Bell or Telus. The difference is even more stark when you take into account Wind offers a plan with unlimited US roaming on T-Mobile.

We’ll delve more into the report as the week progresses, but it’s summarized thusly: “On balance, with the exception of low volume, voice-only plans mobile prices continued a general downward trend with typical voice and text service plan rates down 15% compared to five years ago and higher-volume voice, text and data service plan rates down 27%.”

With the announcement of the AWS-3 auction for next year, new entrants like Wind have the potential to move beyond the spectre of competition to actually challenge the incumbents in both network speed and availability, while continuing to win on cost. Until then, the incumbents retain that distinct national LTE coverage advantage, while charging between 20% and 50% more than the new entrants for the same absolute numbers.

Fair For Canada campaign paints Verizon as the greedy incumbent

Canadian wireless costs rose in the past year, with one major exception