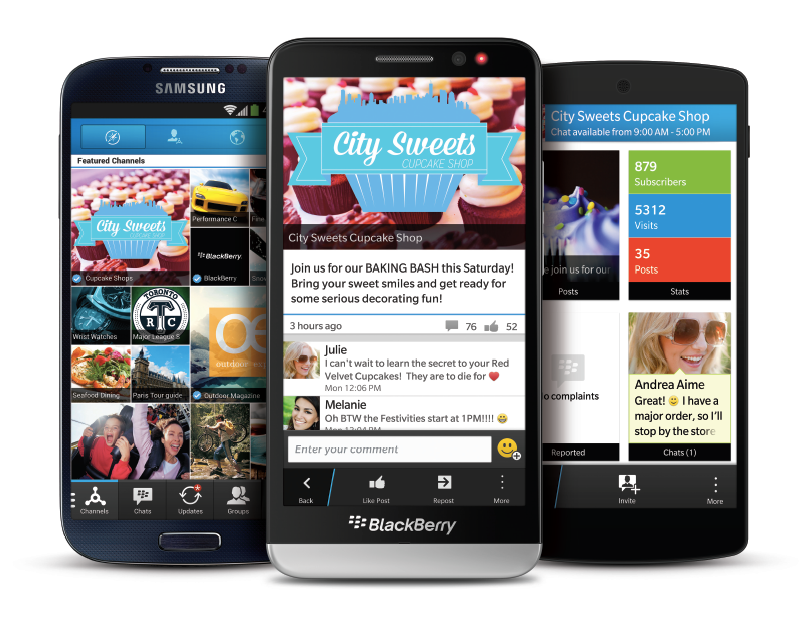 BlackBerry started testing an advertising platform within its social network BBM Channels that would see either sponsored invites or sponsored channels posts. The goal is to make BBM a source of revenue for the Waterloo-based company, but the specifics how this would impact the overall experience of BBM was limited.

BlackBerry took to their company blog to “set the record straight from the get go” about how advertising will work on BBM. Jeff Gadway, head of product and brand marketing for BBM, stated that “this is not traditional advertising by any stretch of the imagination” and that ads “will in no way impact the chat and sharing experience.”

Where BlackBerry sees potential revenue is having ads directly appear on BBM Channels. There will be three ways that BlackBerry and participating brands intend to insert advertising into the channels you subscribe to:

1. Featured Placements: BBM Channel owners will have the ability to secure space on the Featured Channels tab to help promote their channel.

3. Sponsored Posts: Within the Updates tab in BBM, BlackBerry will allow BBM Channel owners to place sponsored posts alongside updates from your BBM Contacts and the BBM Channels you are already subscribed to. These sponsored posts will be clearly labeled.

It was reportedly going to only appear on its cross-platform apps (iPhone, Android and Windows Phone), but seems to be coming to all BBM Channel users. BlackBerry ensured that user privacy is important and “at no time is personally identifiable information about any BBM Channel user viewable by any channel owners or advertisers.” In addition, users will have some control over content as you can filter updates to only show your contacts within BBM channels, thus “you won’t see any Sponsored Posts.”

The above image how the ads will appear within BBM Channels — looks to be unobtrusive and inviting. BlackBerry also noted that your “BBM Chats Are Untouchable” and will be free of ads and sponsored content. This will be great news for the 80 million BBM users around the world.