Apple signage confirms the white iPhone “will be available Spring 2011” 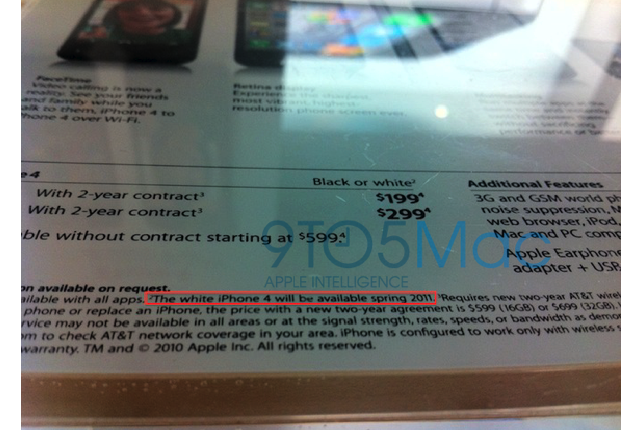 At the end of October Apple spokeswoman Trudy Muller stated that “We’re sorry to disappoint customers waiting for the white iPhone yet again, but we’ve decided to delay its release until this Spring”. Looks like it’s now confirmed that stores will be getting this long-awaited colour…. signage has started to arrive that says “The white Apple iPhone will be available Spring 2011”.

Hopefully by then the next generation of the iPhone will have leaked online. Anyway, will you be getting the white iPhone 4 when it drops or going for something else… like an Android, Windows Phone 7, BlackBerry or webOS device?