Rogers BlackBerry Torch 9800 available September 30th… plus a BOGO offer for Quebec only? 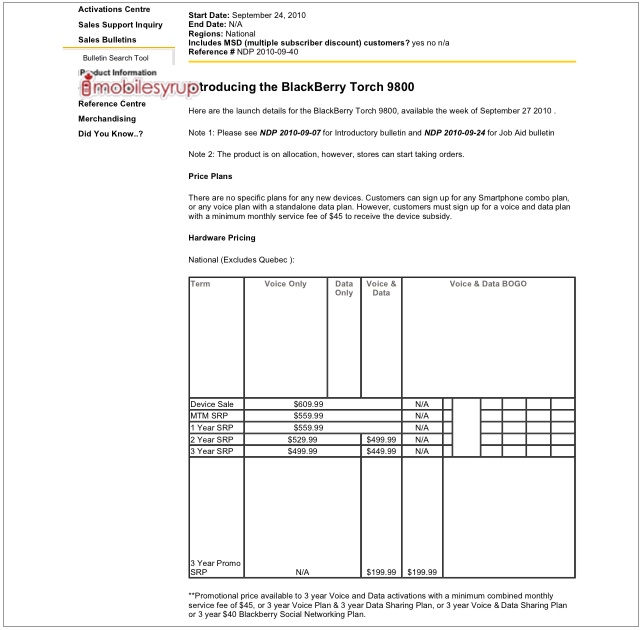 Following up to our post last night about the upcoming Rogers BlackBerry Torch 9800. An update has just been posted on their company blog that states “We’ve been informed that the Canadian launch of the BlackBerry Torch 9800 has been changed to September 30”. There are no reasons of what caused the delays for this arriving in Canada. Bell and Virgin are making this available on October 1st and one would believe TELUS is included in this. We revealed the price points will be the following with a monthly voice and data plan :

However, a more interesting story is developing and the carriers continue to show the love for Quebec. It seems that a BOGO (Buy One Get One) promo offer is happening for those customers/potential customers who live in Quebec. The 3-year contract price is the same at $199.99, perhaps it just means that “BOGO” eligible customers will be able to pay the $199.99 promotional price for the device.

Check it out after the break.
(Thanks Tipster!) 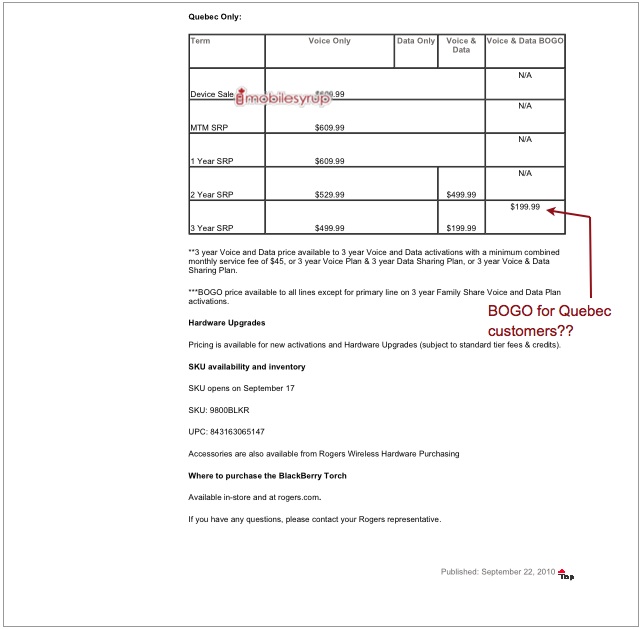