SpaceX starts sending out invites for Starlink public beta in the U.S.

SpaceX has also launched a Starlink app for iOS and Android

SpaceX is starting to send out invites for its Starlink public beta program in the United States, mainly in Washington.

The public beta program is called “Better Than Nothing Beta,” according to the email invite being sent to potential participants, which was posted online by Reddit user ‘FourthEchelon19.’

“As you can tell from the title, we are trying to lower your initial expectations,” the email reads. The Starlink team notes that beta participants can expect to see data speeds vary from 50Mbps to 150Mbps and latency from 20ms to 40ms over the next several months.

The email notes that some interruptions in connectivity are expected. It’s worth noting that the email does not mention data caps. 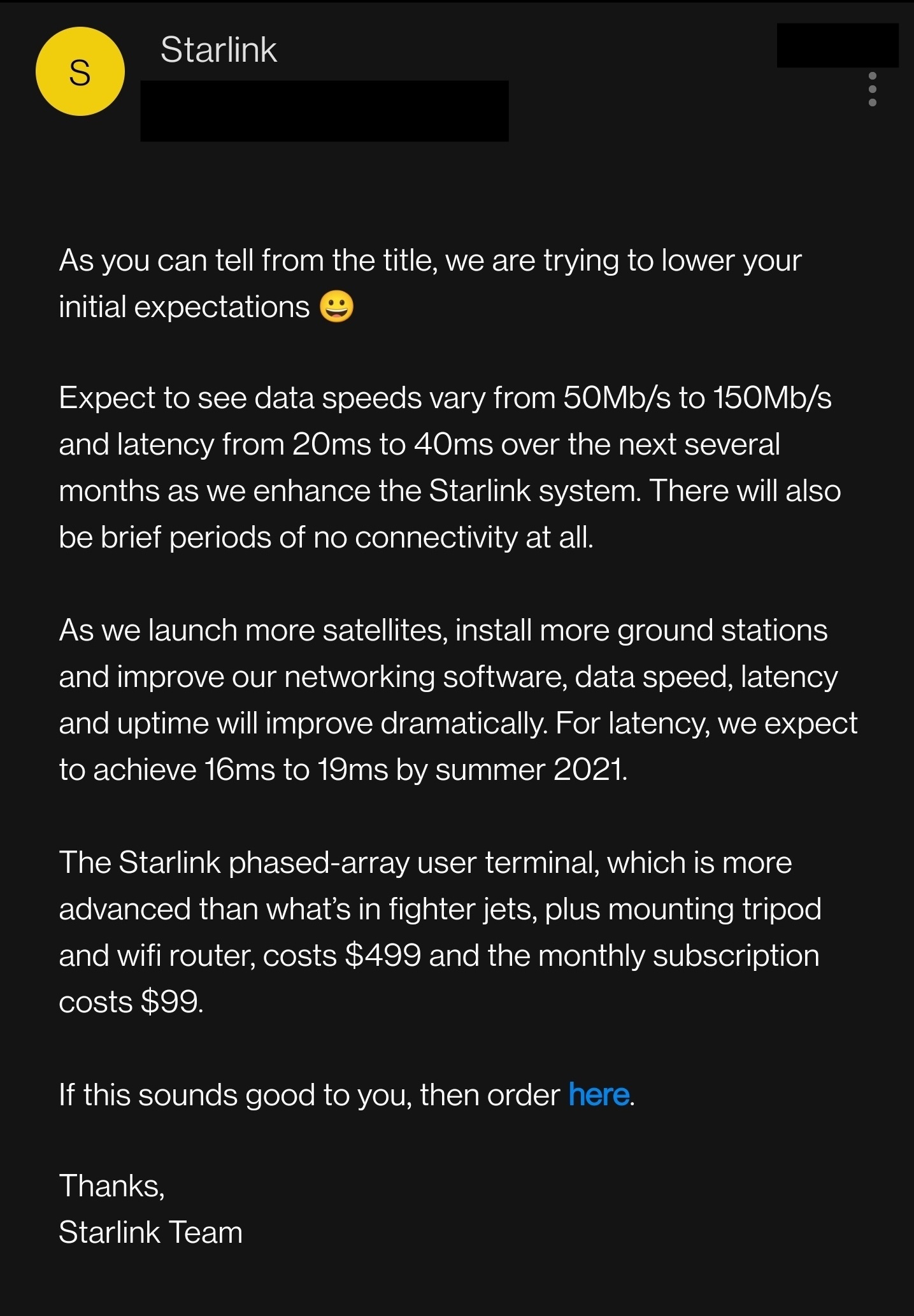 “As we launch more satellites, install more ground stations and improve our networking software, data speed, latency and uptime will improve dramatically. For latency, we expected to achieve 16ms to 19ms by summer 2021,” the email states.

It’s worth noting that a BITS licence on its own does not authorize SpaceX to operate as a service provider. The company now needs to get listed as a fixed-satellite service operator with the CRTC.

Elon Musk recently tweeted that SpaceX will hopefully be able to launch a public beta in Canada once the satellites reach their positions. Unfortunately, there isn’t a clear idea on when exactly this could happen.

SpaceX has also rolled out a Starlink app for iOS and Android users. The app will help beta participants identity the installation location that would ensure the best quality of service, and also let users check for obstructions that can interfere with service.

Further, the app can help users setup their Starlink hardware and verify their Wi-Fi connection. It can also be used to run speed tests, troubleshoot connectivity issues and contact support.

Starlink aims to leverage an extensive network of hundreds of low-Earth-orbit (LEO) satellites to provide high-speed internet across parts of the U.S. and Canada.