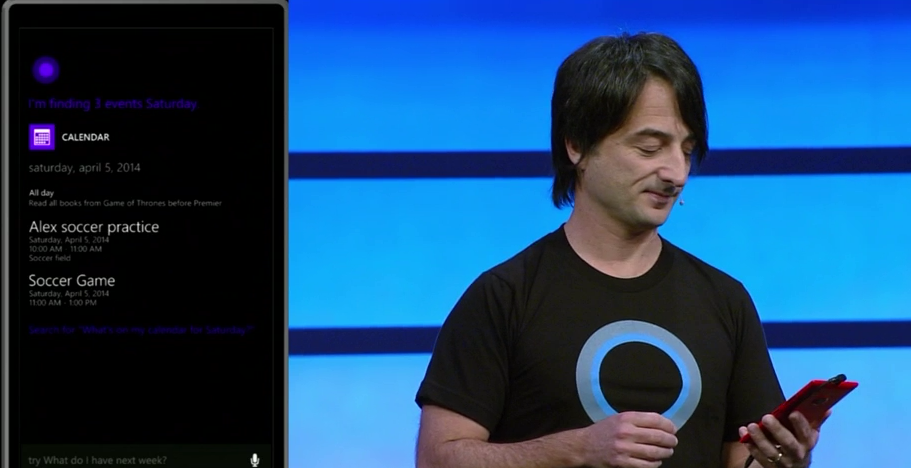 At the Build developer conference today, Microsoft has taken the wraps off Windows Phone 8.1, an update to the mobile OS coming soon to WP8-powered devices.

While the core tenets of the platform are unchanged — it still looks and feels very much like the Live Tile-centric experience we know — there are some major improvements to nearly every facet.

For starters, the lock screen is now fully customizable; Microsoft worked with Rudy Huyn, the French developer famous for 6tag, 6sec, 6snap and other high-quality Windows Phone 8 apps, on several lock screen designs. There’s a new API for developers to plug into, allowing them to practically take over the space without obfuscating notifications from other apps.

The Start screen, too, has been overhauled, allowing users to set a background image or texture that permeates the entire set of Live Tiles. It’s a subtle but important improvement in making the Start screen more personal.

There’s also now an Action Center, which is accessible from the top of the screen. A Quick Settings tab allows quick access to many typical smartphone toggles, including WiFi, Bluetooth and Hotspot. This isn’t a new feature — Android and iOS have had this for a long time — but better access to notifications is key to Windows Phone’s future.

Of course, the main ingredient in Windows Phone 8.1 is the long-rumoured Cortana digital assistant, which “fully replaces the search experience on Windows Phone.” The assistant is powered by Bing, but asks users questions upon first load that help it suggest places, things and people.

It must be noted that, unlike Apple’s Siri, which debuted in Canada alongside its US counterpart, Cortana is only coming to America at launch, later expanding to China and the UK before coming to other countries in the future. That’s because the service is still in beta, and needs to work out some bugs before opening up to other dialects and languages.

Like Siri, Cortana can tell you of upcoming appointments and weather details, but Microsoft is going beyond Siri to make the service extremely conversational. Semantic details can be expanded upon like a regular conversation, building on what you previously said. It’s also possible, unlike Siri (but very much like Google Now) to type in command “with no audible noise.” Local phone-based search through Cortana is also supported, which is convenient.

Something that Joe Belfiore, head of Windows Phone, says is unique to Cortana, is managing “people relationships.” That means that you can set reminders to mention things when speaking with a certain person. For example, you can tell Cortana to remind you to ask what to bring for dinner when talking to your friends or family members.

Windows Phone 8.1 will also change the way the Windows Store works, showcasing apps that are more relevant to individual users based on previous downloads.

Along with an improved Calendar experience, Microsoft has developed a new app called Wi-Fi Sense, which suggests “higher quality” WiFi networks in your vicinity. It will also connect you to free hotspots, and accept the terms of use, when in range. That means you’ll no longer have to log into and accept the terms & conditions at a local Starbucks — the app does it for you.

At the same time, you can now “lend” your home’s WiFi network password without explicitly telling visitors the code itself. 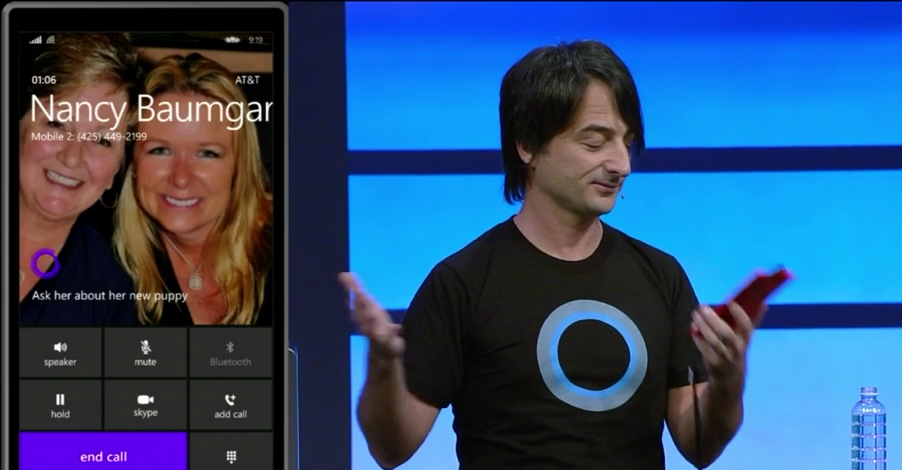 Microsoft is updating Skype to work with Cortana, and now it’s easy to transition from a phone call to a Skype video call directly from the call screen. 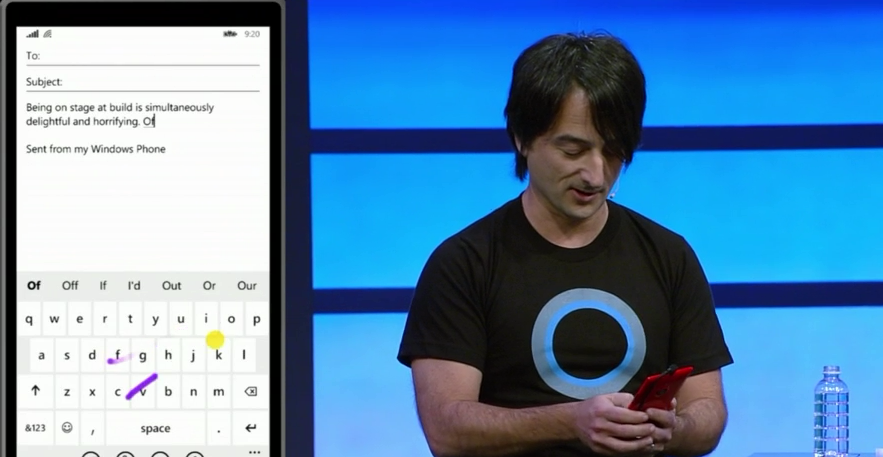 Finally, Microsoft has improved the already-good keyboard on Windows Phone by adding swiping — in this case “Wordflow” — like Swype and SwiftKey, among others. In fact, Belfiore claims that the Windows Phone 8.1 keyboard now holds the world record for the fastest mobile keyboard in the world.

As for availability, Windows Phone 8.1 will be coming to existing devices “in the next few months,” pending a final GA release from Microsoft and carrier approval. New devices — some of which are scheduled to be announced later tonight — will ship with 8.1 pre-installed at the end of April, beginning of May.