Samsung, HTC, Huawei and Nokia will be the first manufacturers to launch Windows Phone 8 devices 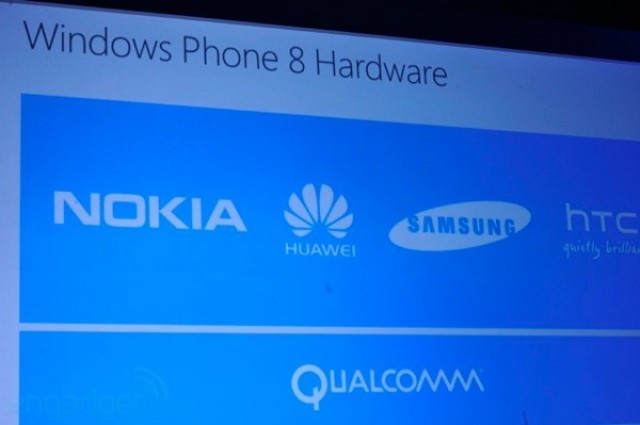 During the Windows Phone 8 preview today Microsoft showcased many new additions to the platform that include Nokia Maps, new hardware specs, new customizable Start Menu, deep Skype integration, along with some new apps. The first round of devices will be available “this fall” and the inaugural hardware partners will be Nokia, Huawei, Samsung, and HTC. All these manufacturers will launch devices with a Qualcomm processor, hopefully a dual-core. In addition, when these new Windows Phone 8 devices become available they will hit 180 countries and support for 50 languages… so you can count on Canada being included.

In an press release Peter Chou, CEO of HTC, noted that “HTC is committed to Windows Phone more than ever and we are excited to be bringing new Windows Phone 8-enabled smartphones to customers later this year. With the introduction of Windows Phone in 2010, Microsoft initiated a new powerful mobile ecosystem with a consumer experience that was both unique and user friendly.”