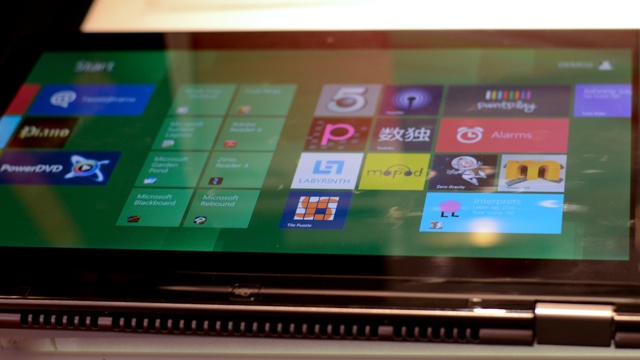 The Windows 8 tablet is coming, and unlike the haphazard attempt to make Windows 7 into a touch-capable OS, its successor has been borne as such since day one.

Microsoft is also to ensure that there is no such thing as an underpowered Windows 8 tablet. To whit, they’ve detailed the minimum requirements for OEMs, and the specs are not too shabby. Firstly, the digitizer must support five touch points for excellent multitouch support.

There must be five hardware buttons on each tablet: Power, Rotation Lock, Windows Key, Volume Up, Volume Down. Not six, not four, but five. To that end, the new CTRL-ALT-DEL is now going to be WIN+Power, which makes sense, since you know the tablet is going to crash at some point.

All tablets with NFC technology (which is not mandatory) must have “touch marks,” or areas on the device that show exactly where the other tablet/phone/tag must come into contact to activate an NFC transfer. This is likely meant to prevent two tabs bashing into one another in an attempt to share a song.

In terms of internals, the hardware is pretty beefy, though no mention of minimum CPU requirements. Screen resolution must be at least 1366×768 (720p), while the tab must have at least 10GB free space out of the box (hopefully in an SSD). Camera must be 720p; there must be WiFi and Bluetooth 4.0; magnetometer, accelerometer, gyroscope; USB 2.0; UEFI firmware; Direct3D 10 device w/ WDDM 1.2 driver; ambient light sensor; speakers.

Finally, x86 hardware must resume within two seconds (yes, 2!) and installing new drivers (ugh) should not require a reboot (yay!).

The Windows 8 tablet will hopefully perform well and become a market competitor, since Microsoft is doing what it did with Windows Phone and outlining specific requirements for each device. In the end that is going to be better for consumers, but it also means that first-gen devices are not going to be cheap — you’re looking at a $499 minimum, at least.

Source: WithWindows
Via: The Verge